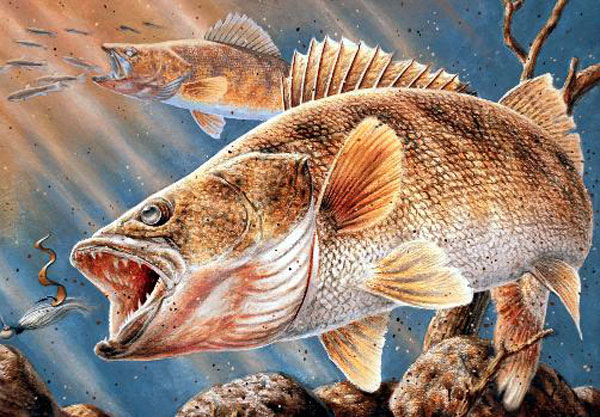 Jordan Chapter of Walleyes Unlimited Hosted in annual walleye banquet on Friday April 17 with approximately 250 people in attendance. This was followed by its Annual Tough Guy Walleye Tournament on Saturday. While the temperature was favorable with a high near 60 degrees, wind above 20 mph made conditions truly tough. The toughest made the 40 mile run to Forchette Bay and beyond and did quite well. One team reported a 2 h…our and 10 minute trip back to Hell Creek to the waves. No large females were caught but the teams did well on 14’ to 20” inch males. Pre fishing did have fisherman doing well in Snow Creek but that bite shut down due to the conditions.

Water temp outside Hell Creek was at 45 degrees and 48 degrees in the bay. Forchette was near 50 degree water temp.

64 teams participated in the event which represents the second highest participation level in the 20 plus year history of the Tough Guy.

Winners of the event were: