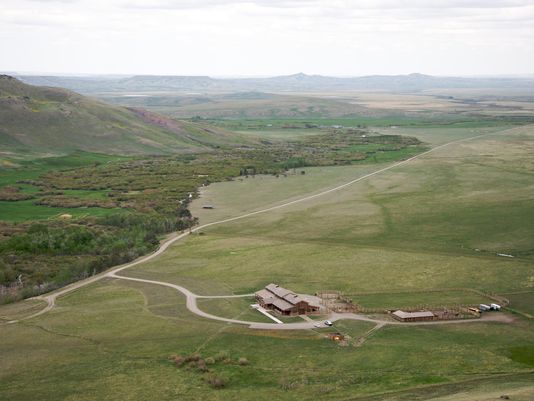 Agreement Gives Public Access to Over 50,000 Acres in Montana
By angelamontana

An agreement with the owners of the Salmond Ranch, west of Choteau, MT, has hunters, the Russell County Sportsman’s Association and the Bullock administration feeling good.  According to a recent article on mtpr.org, on July 20, 2015, an agreement that establishes a 30 foot-wide easement across the Salmond Ranch in Teton County and provides public access onto state and federal lands, including the Bob Marshall Wilderness, was finalized and approved by the state land board.

The dispute that led to the agreement has been ongoing for decades and will restore public access to about 50,000 acres of public land along the Rocky Mountain Front.  It all started in 1989 when the Salmond Ranch owners posted a “No Trespassing” sign across a road that had been open to the public since 1930.  After the state, Teton county and the Russell Country Sportsman’s Association joined forces in an attempt to gain public access by keeping the road open to the public, three years later, this agreement was made.

Wow – 50,000 acres back open to the public on the Rocky Mountain Front?  Great news for all outdoor enthusiasts!