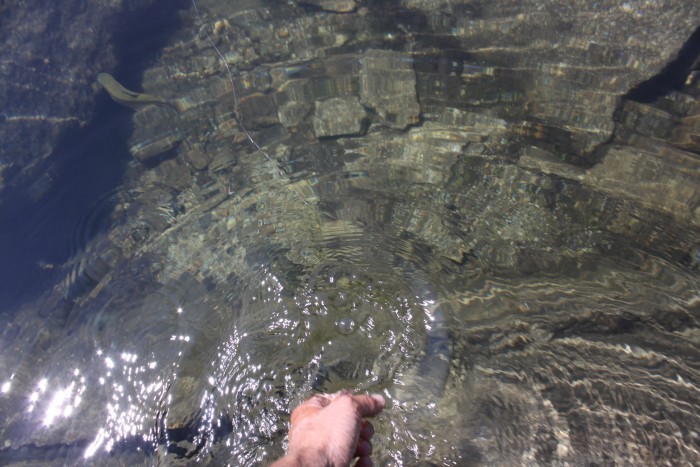 In Pursuit of every lake in the Bitterroots.

This week found me at the Mill Creek trail head in Hamilton, MT with a USFS map in my hand titled “Bitterroot National Forest North Half”.  Nowhere on that map is there a trail shown that leads to Tag Alder Lake and I planned to bushwhack there via a long sleepy ridge that parallels Mill Creek canyon on its south side. 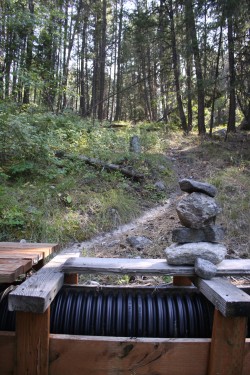 I found a two track road at the trail head to the south and a cairn that marked a trail leading up the ridge after a short walk. The trail follows the ridge offering expansive views of Mill creek for about the first 3/4 of a mile before the effects of a previous forest fire wiped the trail away.  Thick re-growth and downed timber plague what was once a nice trail leading to the lake. 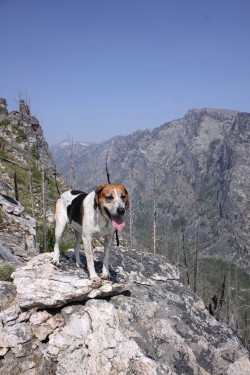 I picked a route that essentially followed a straight line along the ridge top and spent the better part of an hour picking my way safely through the mess of loose rocks, logs and thick saplings until reaching Tag Alder Lake.

Surprisingly, healthy rainbow trout thrive in the shallow lake nearly surrounded by burned forests.  A campfire ring and trash that I’ve come to expect at lakes with less than a 5 mile approach blemished an otherwise beautiful little mountain lake. 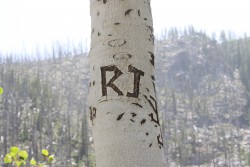 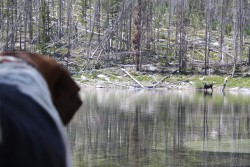 Initials etched into the trees scarred the lake’s edges which didn’t seem to bother a young bull moose that sauntered in and got a drink in the hot afternoon sun.  My dog Sapphire let me know he was coming with a rare bark that woke me up from an otherwise peaceful nap. 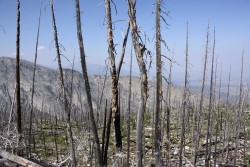 This formerly short and easy hike is now a bit difficult without a trail to follow, but it doesn’t hurt my feelings any. I like mixing it up with steep ridges and blown-down timber.  I also liked being the only human at the lake even if Sapphire wasn’t as accepting of that bull moose as I was.