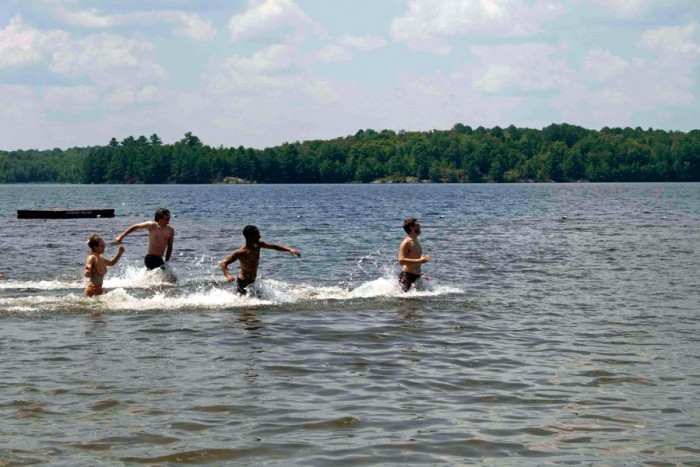 Reports of swimmer’s itch at Willow Creek Reservoir on the Rocky Mountain Front have prompted Fish, Wildlife and Parks to issue an advisory.

Swimmer’s itch, also called cercarial dermatitis, appears as a skin rash caused by an allergic reaction to certain microscopic parasites that infect some birds and mammals, according to the federal Centers for Disease Control. These parasites are released from infected snails into fresh and salt water, such as lakes, ponds, and oceans.

“Mostly the organisms are found along the shoreline in shallow water and come into contact with humans who are wading or swimming there,” says Laura Hendley, of the Lewis and Clark City-County Health Department in Helena.
If the parasite comes into contact with a swimmer, it burrows into the skin causing an allergic reaction and rash. Swimmer’s itch is found throughout the world and is more frequent during summer months.

Within minutes to days after swimming in contaminated water, some may experience tingling, burning, or itching of the skin. Small reddish pimples appear within twelve hours. Pimples may develop into small blisters. Scratching the areas may result in secondary bacterial infections. Itching may last up to a week or more, but will gradually go away, reports the CDC. Most cases of swimmer’s itch do not require medical attention. Those who do experience rashes may try the CDC’s recommendations:
• Use corticosteroid cream
• Apply cool compresses to the affected areas
• Bathe in Epsom salts or baking soda
• Soak in colloidal oatmeal baths
• Apply baking soda paste to the rash (made by stirring water into baking soda until it reaches a paste-like consistency)
• Use an anti-itch lotion

Though difficult, try not to scratch. Scratching may cause the rash to become infected. If itching is severe, a health care provider may suggest prescription-strength lotions or creams to lessen the symptoms.

For a more complete report on swimmer’s itch, its causes and how to deal with it, go the CDC web page: http://www.cdc.gov/parasites/swimmersitch/faqs.html