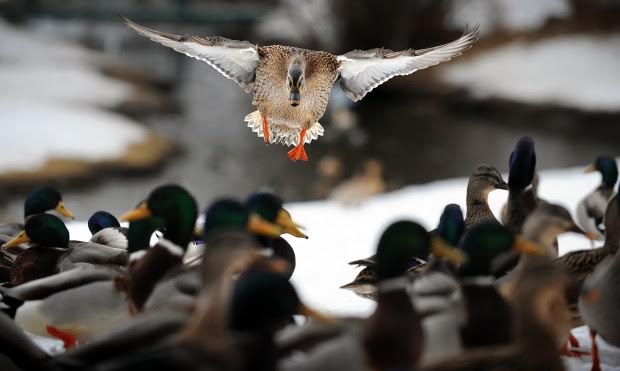 Duck and goose hunters should have another banner season. According to the U.S. Fish and Wildlife Service’s most recent waterfowl survey, duck numbers are at an all-time high of 49.2 million despite a dry spring. With less nesting habitat this year, though, next year’s duck populations may be down. Still, duck and goose numbers are far above long-term averages except for a few species. Waterfowl seasons have not yet been set, but look for another liberal bag limit in Montana. Also of note, the price of a federal duck tag will increase by $10 this year with the money going toward habitat for waterfowl.

To read more about duck and goose numbers, log on to The Billings Gazette at: http://bgz.tt/50iw7