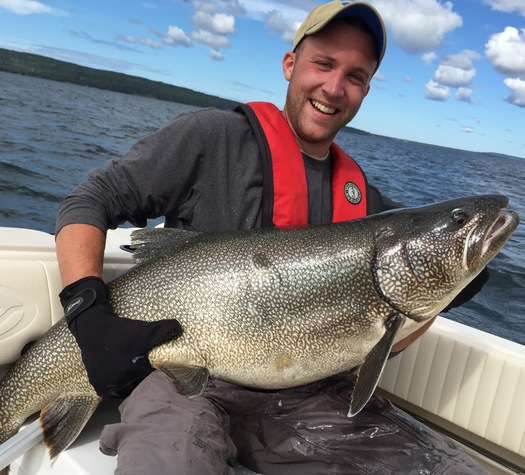 According to the Star Tribune, Nik Biebighauser claimed it took nearly 30 minutes to reel in the 45 lb lake trout out of Lake Superior.  Nik and his father were fishing next to Isle Royale last week when they hooked what felt like a giant log.  The fish weighed 45 pounds and was measured to be 47 inches long.  It would have been the Minnesota state record had it been caught in Minnesota waters.  Nik and his father were technically fishing in Michigan waters.  The Michigan state record lake trout is a 49 inch, 61.5 lb lake trout caught in 1997 out of Lake Superior. 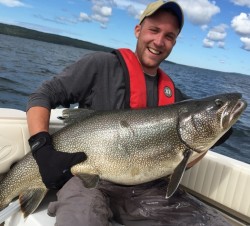 We wanted to see how the Montana state record lake trout measured up to this recently caught fish.  Montana’s state record is currently held by Ruth Barber who hauled in a 42.7 pound, 42.5 inch lake trout out of Flathead Lake in 2004.  An article was written about the size and age of the fish by the Billings Gazette.  The lake trout was estimated to be about 40 years old or maybe even older!  Below is a picture of Ruth holding the state record Lake Trout.