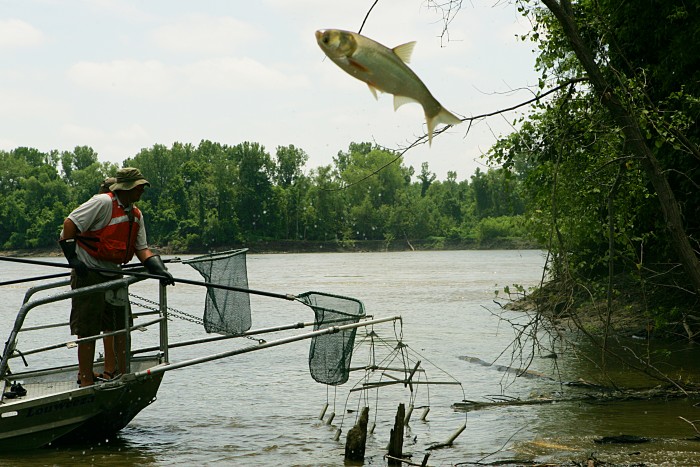 Asian Carp Introduction in Montana Waters Is a Hoax
By angelamontana

In July, Montana FWP and USFWS was contacted after a post on Craigslist revealed a photo of a silver Asian carp and the following text accompanying the pic:

“We just got back from a fishing trip in Arkansas,” wrote the ad’s poster. “We had a blast watching these crazy fish jump all around the boat as we cruised around. I managed to net several buckets of the fry (babies) and used some for bait. I made it home with six buckets of them and many were still alive so I put two buckets of them in Hylite today and am going to put two in Canyon Ferry tomorrow. If anyone has a use for the other two buckets they are welcome to them!”

FWP wardens and USFWS agents ended up tracking down the man who made the posting, and he confessed it was just a hoax.  Authorities do not like hoaxes–especially when dealing with invasive species.