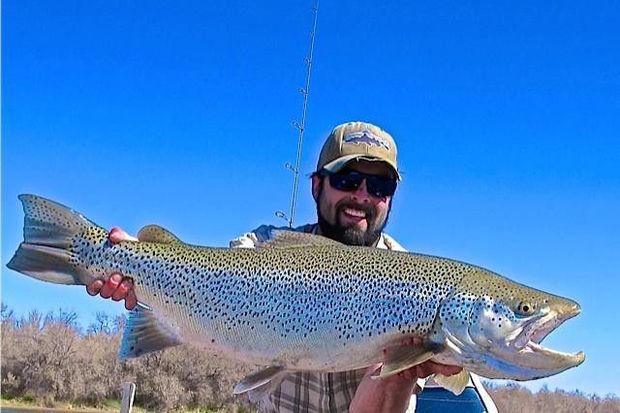 Billings angler Nathan Cooper caught this 26-plus-pound brown trout with a 23.5-inch girth while fishing on the Missouri River in April using light spinning gear. He managed to prop up his camera and set the timer to snap several shots. He said the trout wouldn’t fit into his landing net so he had to grab it by the tail to boat it. That’s when he noticed it was barely hooked. The state record brown trout weighed 29 pounds. Cooper isn’t sure the fish would have topped that, but it had lost weight by the time he got it on a scale.