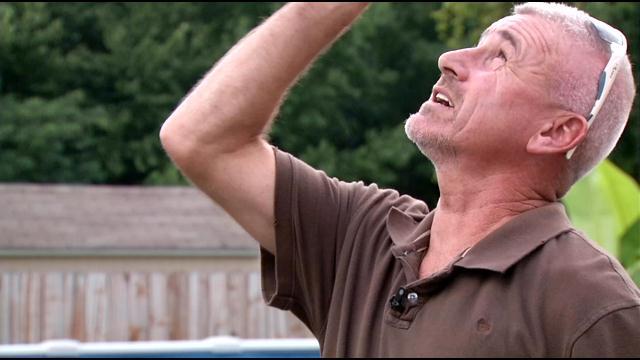 William H. Merideth of Hillview, Kentucky was arrested and charged with 1st degree criminal mischief and 1st degree wanton endangerment for shooting down a drone that was hovering over his property.  The drone was first discovered when Merideth’s neighbor’s 16 year old, sunbathing daughter, said she saw it hovering overhead and finally waved at it, then it flew away.  Merideth’s daughter was also out in their yard when she snapped a photo of the drone (below) and came inside to tell her father.  When Merideth came to investigate, he saw the drone about 10 feet above the neighbor’s house looking under their canopy.  He went inside and grabbed his shotgun telling his family he wasn’t going to shoot it unless it came over to his house, which it did and he did.  Merideth shot down the drone with a single shot straight into the air.  Moments later he was confronted by four men at his front door saying, “Are you the SOB that shot down my drone!?”.  Meredith replied with, “Yes I am” and when they started walking towards him he said, “If you cross the sidewalk, there’s going to be another shooting”.  This all happening with Merideth’s 40mm glock on his hip.  The drone was given back to the owners by the police and Merideth was then arrested.  He plans on fighting the charges against him.  Click Here to Read the Full Story 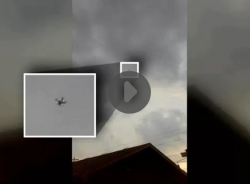