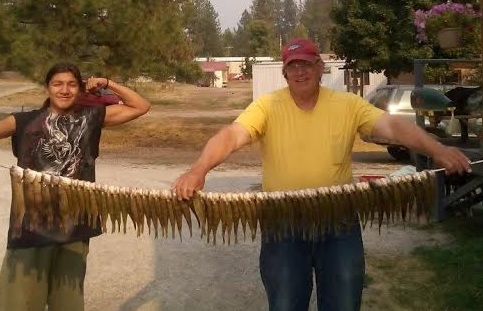 Montana Fishing Report by the Macman
By angelamontana

In the last few weeks we’ve had the best summer perch fishing around the
docks at Polson than I can ever remember.   Recently I was out with Eric
Smithers from Missoula along with three of his kids.  Anna, the oldest,
Aaron and Caleb.  Once we were into the fish there was no going home until
the cooler was nearly full.  At the end I said, “10 more fish and we go
home.  Anna piped up and said, “But they’ve got to be keepers.”  Eric and I
were up till 10:00 p.m. filleting nearly 100 perch and small mouth bass.
We didn’t have any jumbos but 8 to 10 inchers were the rule with very few
small perch.  The numbers of little small mouth bass we caught and released
point to a wonderful future for this fishery.  In 3 or 4 years I expect a 5
fish limit of these scrappers will be the norm.

It takes a boat to get to the weed beds where these fish reside.
Immediately west of the center of the new City dock in a 13 to 14 foot depth
and centered between the boats launch dock and the new dock in about the
same depth.  Both places have high weed beds.  Surprisingly the best set up
has been: two plain size 10 hooks above a bottom weight bait with maggots.
Night crawler and cut bait don’t seem to work quit as well.  See picture of
yesterday’s stringer.

As water temperatures cool the fish normally become even more active till
about mid -October.  When water temps get below 70% East Bay will be another
spot you’ll be able to catch numbers of perch.

If you are closer to Elmo, Big Arm, or the strait between Cromwell Island
and the shore, these areas have been perch productive and should continue to
be.

Lake trout fishing continues to be consistently good in the Narrows and
Rocky Point areas.  With trolling fish, whole fish and jigging all producing
fish.  For information on what’s going on at the North end of the lake give
the folks at Snappy Sports Sinter a call at 406-257-7525 The fall Mack Days
Begin September 15th through November 19th. 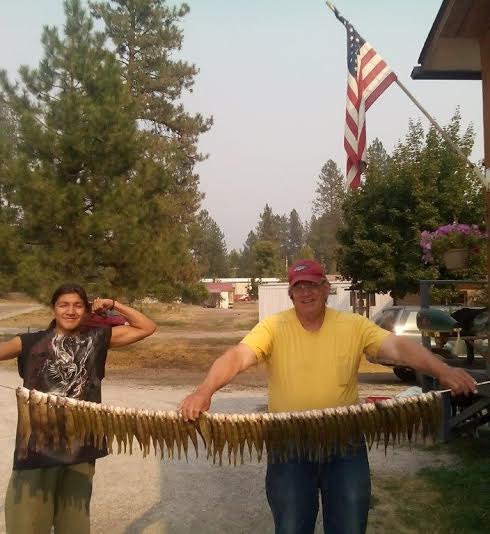