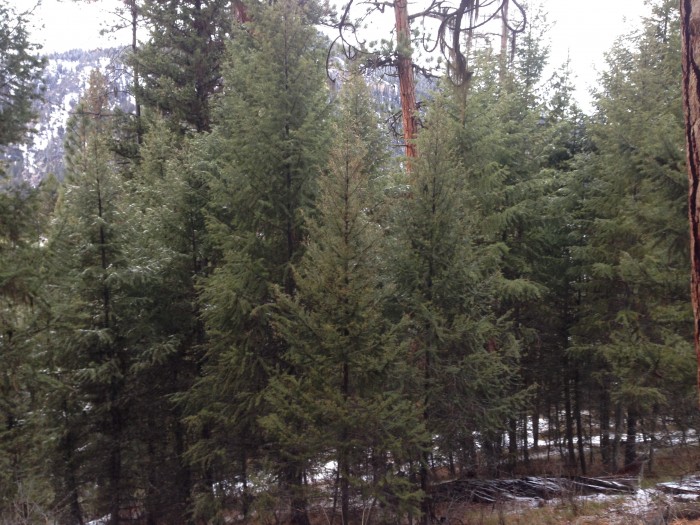 Wildlife Management: Seeing the Forest for the Trees
By Toby Trigger

With the societal upheaval surrounding the killing of “Cecil” the lion in Zimbabwe by Minnesota dentist Walter Palmer, and now supposedly his brother “Jericho,” the talk on news shows and social media has focused on opinions surrounding little-known facts, the emotional outrage of a contingency of people and the dangerous level to which the vitriol has elevated.

What talk-show hosts and social-media posts are not talking about, and which they make very difficult to address in a three-minute segment consisting of two or three questions for a guest, is the bottom line: wildlife management.

Nobody can see the forest for the trees.

At the end of the day, hunting and trapping are management tools used to keep wildlife populations in as close of a balance with their ecosystem as possible. Period.

Wildlife management doesn’t just happen, as much as animal-rights organizations might want Middle America to believe it. And, it’s not wholly about spending time afield with family and friends or putting food on the table, as much as many hunters might truly believe.

Admittedly, this isn’t a popular fact. But it is the cold, hard fact at the root of wildlife management.

Adventures to distant lands, quality time afield, the eating of meat that an animal provides or putting a piece of taxidermy on the wall are all ancillary benefits of hunting. It’s not a mutually exclusive concept; emotional bonding with family members, enjoying the feast of the hunt or reliving those moments decades later can take place while the underlying principle of wildlife management is still fulfilled.

The truth be told, there are animals that are not desirable table fare, but which must still be removed from the ecosystem. It’s wholly irresponsible to impact the environment to the extent that we have – with cities, town, road systems and farms – and allow one species to proliferate at the expense of those around them. Managing the ecosystem as a whole, from quality habitats to predator-prey balance, is our responsibility.

At the end of the day, that’s the function of hunting and trapping: to keep the entire spectrum of animals in balance with their habitats. Regardless of whether species of furbearers or predators are eaten after being shot or trapped, a certain segment of those populations still need to be removed from the ecosystem in order to maintain the health of the remainder of the population and those connected to it throughout the environment.

This must be done. There’s no way around this fact, regardless of the poisoned ideology animal-rights organizations preach.

If hunters and trappers don’t pay to take part in these endeavors, regardless of the ancillary benefits they receive, then the government will assume the duties – and at a cost. While the killing will take place in the dark of night and without fanfare, which might make true-believers of animal rights giddy with accomplishment, it will most definitely still take place.

And it will take place at a greater cost to citizens and wildlife. Not only will taxpayers shoulder the burden of paying professional snipers or government agents to kill animals, with no use of pelts or meat afterward, the ecosystem as whole will suffer without the benefits of funding attached to hunting and trapping – from excise taxes collected via the Federal Aid in Wildlife Restoration Act to fees associated with the purchase of licenses, tags and permits, all of which are used to fund habitat acquisition, enhancement and management in accordance with the animals living in it.

This has taken place repeatedly wherever animal-rights policies have been adopted.

California is the poster-child: with a moratorium to ban mountain-lion hunting signed in the 1970s, populations have boomed and issues with the big cats moving into residential areas and attacking hikers and bikers have increased. Since hunting is no longer a viable management tool biologists can employ, the state has assumed the role of executioner. And decades after that moratorium was signed into law, the state now kills more mountain lions every year than hunters ever did during a legal season.

While a vocal minority of society would like to end hunting in the U.S. and abroad in order to stop the killing of animals, whether they wrongly believe nature will balance itself or with a more sinister motive of forcing their paradigms upon everyone else, the truth is: nobody gets out of this life without blood on their hands.

The difference is: which of us in society have the audacity to live up to our responsibility of managing the wild spaces and animals surrounding us for the greater good of the greatest overall health and biodiversity possible in every ecosystem.

So far, only sportsmen have answered that duty, and they’ve done it with the utmost success. No animal has gone extinct due to regulated hunting. In fact, game animals and those sharing their habitats have flourished. This management model has been so success throughout North America that it’s being adopted around the world.

The problem is that when people see a lion, one that’s been named as if it were a domesticated pet, they can’t see the forest for the trees.

Original article published at: http://www.ussportsmen.org/news/wildlife-management-seeing-the-forest-for-the-trees/  by the USSA.  Trigger is a Local Montana Field Director for USSA.