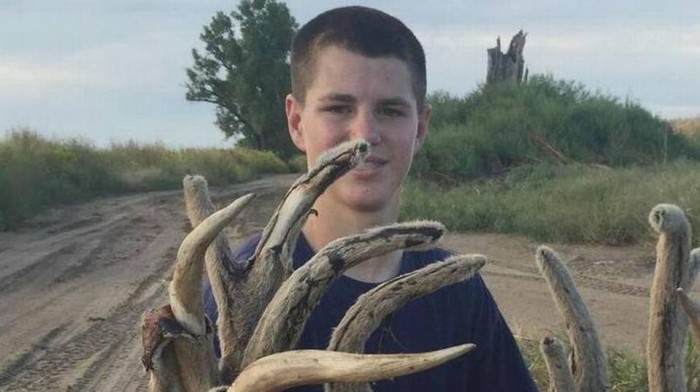 Just when you think you have seen it all, you see this incredible monster buck that a Kansas teenager shot!

Clayton Brummer, 16, bagged this bruiser in Stafford County, Kansas on September 8th.  Brummer had seen the buck earlier in the season, and he took full advantage of being given a second chance at seeing this buck again.

Brummer said it was still several hours before dark when they watched the buck rise from the milo, running down the rows shaking its head as it tried to avoid insects as it headed in to the large field of unharvested corn.

“All we could do was sit, wait and watch,” said Brummer. “We knew he was in the corn and that he’d probably have to come out sometime.”

He said he was surprised when the buck stepped out at about 30 yards and there wasn’t even time to alert his father, who was looking through binoculars at other parts of the field.

Because of the velvet remaining on the antlers, it was difficult to tell exact measurements, but the buck grossed around 230 inches and has 21 scoreable points.

How is that for successful hunt?  Read all about Clayton Brummer’s hunt at here. 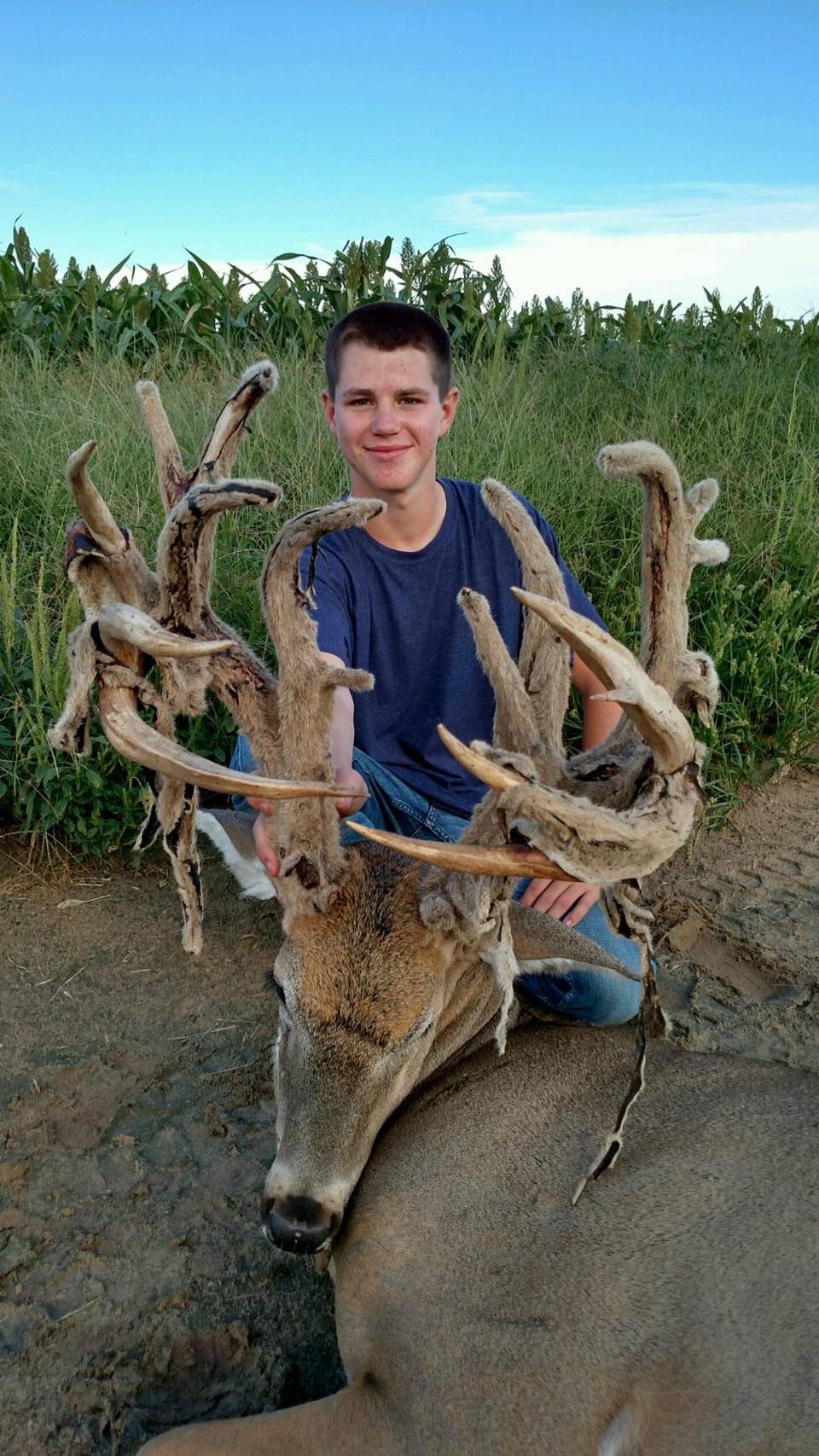 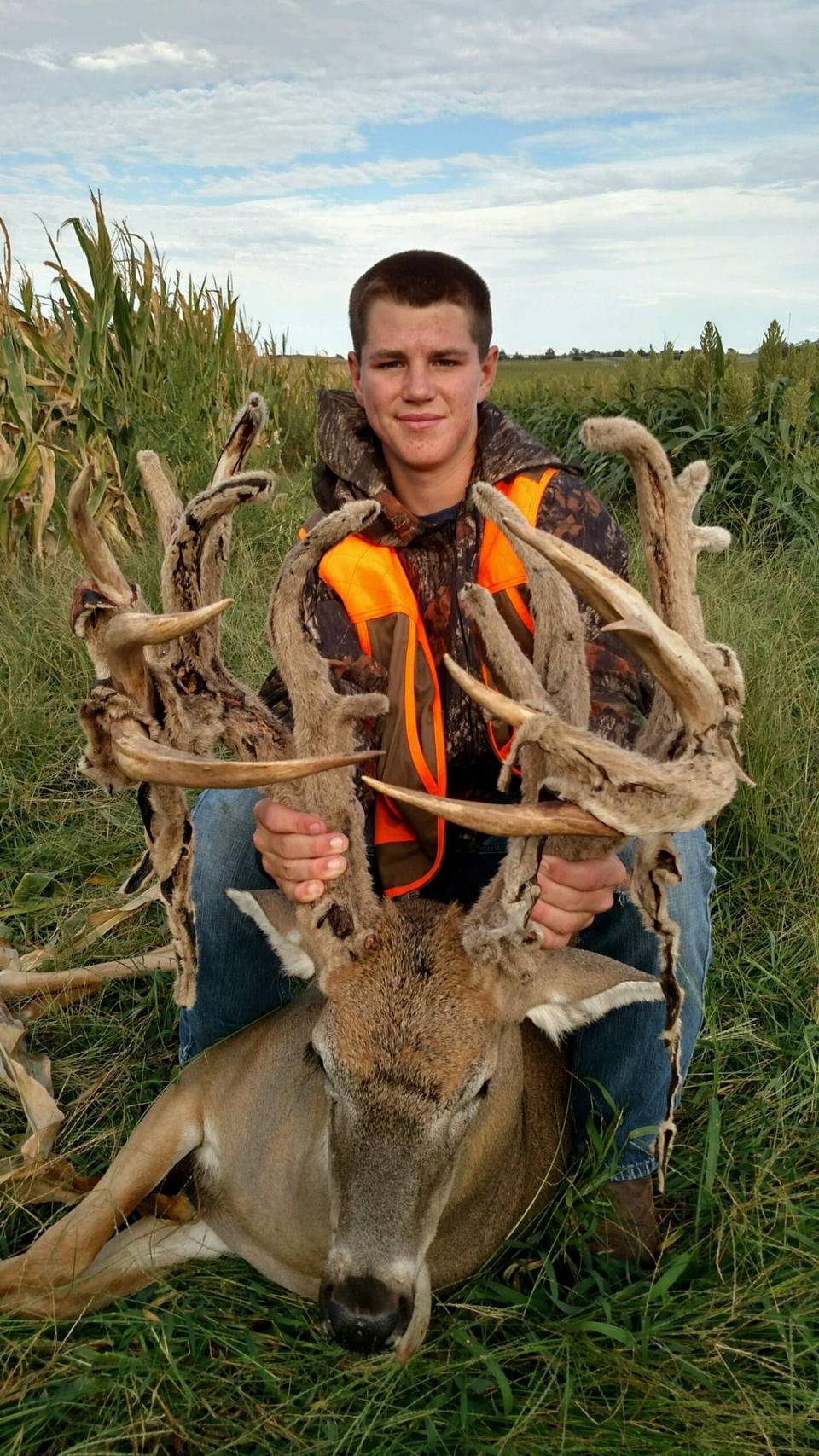 (Info and photos via Wichita Eagle)