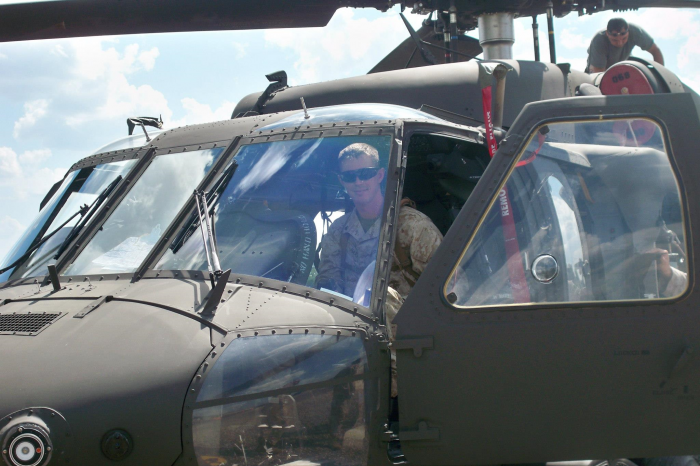 Jason Maxwell is no stranger to controversy.  As an avid and passionate hunter and trapper, a combat Marine veteran (after two tours to Iraq) and the current Montana Trappers Association’s VP West, Maxwell is also used to being in the news.  Here’s an example of the type of news reported on Maxwell: Back in 2013, he and his girlfriend created a buzz among wolf hunters and anti-wolf hunters after raising money to give Montana hunters wolf tag funds.  The two raised enough money to distribute funding for 11 wolf tags that year.  (Click here to read the article) The anti-sporstmen groups spread the story like wildfire, and that only led to more controversy.

Well, it turns out that Maxwell is back in the heads of a certain anti-trapping, anti-wolf hunting and, by the looks of it, anti-veteran group called Footloose Montana.  The organization posted a photoshopped image of Maxwell on their Facebook page last week that not only was offensive to veterans and sportsmen, but it was completely fabricated and created from a photo taken during the above-mentioned wolf tag fundraising event in 2013.  An image of a bald eagle in a trap, presumably found on the internet, with the title “God Bless America!” had been put on the photo of Maxwell.  The caption posted with the photo stated, “This too true satire–or is it real? One thing you can’t deny is a trapper’s patriotism and their respect for our national symbols of Freedom.  Here, Montana Trappers Assoc.’s VP West Jason Maxwell demonstrates how it’s done outside a Veteran’s hospital.”   The actual photo is posted on the right and was taken on the I-90 ramp at Airway Blvd…and I know this because I was there sitting next to him, and montanaoutdoor.com‘s Outdoor Aly took the picture. 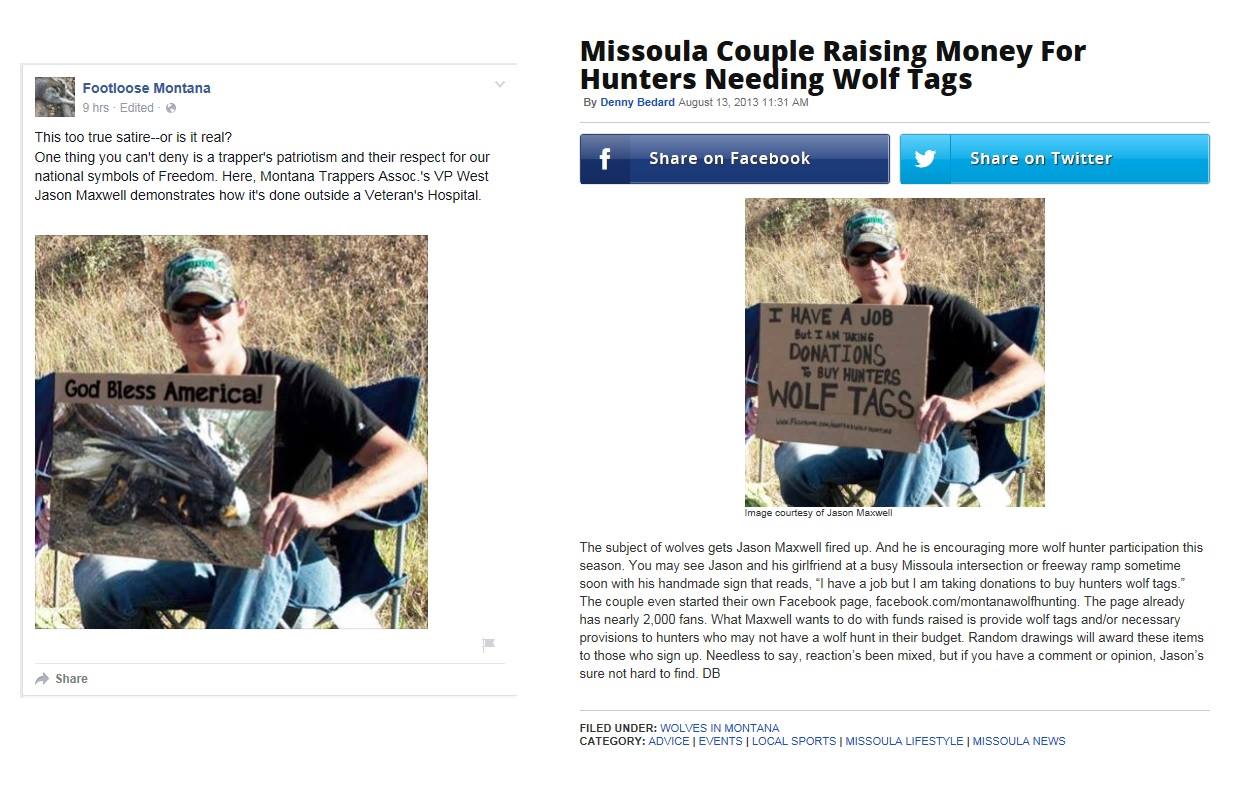 For this anti-sportsmen group to add the veteran spin on this photoshopped image was a slap in the face to veterans and just shows the lack of respect this organization has for our country’s servicemembers. Something to keep in mind with any picture posted on the internet of you and anybody you love, there is always somebody out there who can and sometimes will photoshop it to fit their agenda.  The photoshopped images of Maxwell did not stop here, and they are still rolling in with images involving him photoshopped in terrorist groups (see below) and other disturbing, and not at all funny, scenarios.  These images do not affect Maxwell though, as he finds it all quite amusing that these people think about him enough to create such images, but when the disrespect involves veterans, which Maxwell is proud to be, it changes the dynamic of everything, and he will fiercely defend his military service career and the service of all military members past, present and future.  Maxwell sent Footloose Montana’s Director, Christopher Justice, an email regarding the post, and within five minutes, the post was taken off the organization’s Facebook page. 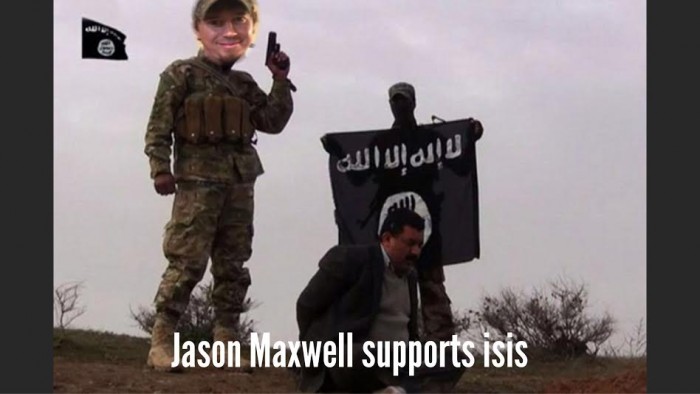 In summary, with passion comes controversy, and with controversy comes all sorts of negativity.  It’s one thing to prove your point and even get worked up about it, but outright fabricating photos and involving veterans in these lies, especially when somebody is a combat veteran themself, how far is too far?