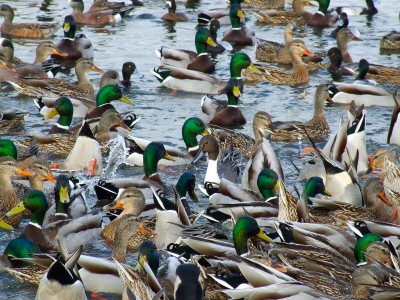 Did Ducks Unlimited Go Too Far?
By Toby Trigger

Long time Freelance Writer and Field Editor for Ducks Unlimited (DU) Magazine E. Donnall Thomas was fired recently for writing an article  about Atlanta resident James Cox Kennedy infamous for attempting to un-do Montana’s stream Access Laws through years of litigation where he challenged the rights of sportsmen to access the Ruby River along Seylor Lane near Twin Bridges, MT.

Thomas’ article published in the Fall 2015 edition of  “Outside Bozeman Magazine” chronicles the failed efforts of Kennedy, one of the wealthiest individuals in the U.S. who tried to strip away the North American Model of Conservation by disallowing anyone to float along rivers and streams that pass through private land or to access rivers and streams along bridges and the high water mark.  This right of Montana’s has been defended and preserved countless time’s before but Kennedy seems to have thought he could outspend the public land users of Montana and keep us out.

In Thomas’ article he writes scathingly about Kennedy and his efforts  but his article has nothing to do with hunting, ducks or Ducks Unlimited.  So why did they fire Mr. Thomas?

In a response sent by Eric Keszler the Communications Specialist for Ducks Unlimited:

“In the Fall 2015 issue of Outside Bozeman, Mr. Thomas wrote an article entitled: “A Rift Runs Through It; Fighting For Access to the Ruby River.” The article dealt with ongoing legal challenges related to public access on a portion of Montana’s Ruby River that runs through a longstanding DU volunteer leader’s property in Montana. DU recognizes there are many views on this issue, but our mission is waterfowl and wetlands conservation. As a result, DU has no position on the stream access issue in Montana.”

The magazine Outside Bozeman is in no way associated with DU and the article never mentioned James Cox Kennedy being a “Volunteer Leader” for DU either however, Keszler goes on to say;

“In DU’s opinion, the article published by Mr. Thomas in Outside Bozeman publicly and very personally attacked a DU volunteer leader. We felt that the article demonstrated a lack of fairness in vilifying a member of the DU family without allowing that person the opportunity to provide his perspective.”

It would seem more appropriate to me that the individual who spent untold thousands of dollars to block the legal access of  the public  would  be the one deserving of banishment,  and not the individual who wrote a deservedly scathing article about an individual who, if he had been successful, would have prevented access to Montana’s Rivers and Streams for tens of thousands of sportsmen and perhaps countless future generations.

The facts speak for themselves, Kennedy tried to outspend Montanan’s access to our rivers by saying that Montana’s Constitution is “unconstitutional”.

Perhaps Mr. Kennedy should more appropriately be called a “Major Financial Contributor to DU” who doesn’t like the Former Field Editor of Ducks Unlimited Magazine because he wrote the truth in an unaffiliated magazine about his failure to keep me and you off our rivers.

It is important here to realize that if the wealthiest individuals in our country can be allowed to ignore the laws which ensure public access, the only people who will have access will be the wealthy.  Isn’t this exactly why this country and the North American Model of Conservation was founded in the first place?

In short, I think DU got it wrong, it should be James Cox Kennedy who gets removed from DU and not E. Donnall Thomas, Jr.