A proposed land exchange north of Gardiner and east of the Yellowstone River would add a huge block of wildlife habitat next to an isolated block of the Dome Mountain Wildlife Management Area. The exchange is being proposed by William Morean, a Florida billionaire who also owns land in the nearby Cinnabar Basin. His Shooting Star Ranch surrounds almost 600 acres of landlocked Custer Gallatin National Forest property. In exchange for that property, he would trade a similar amount of land that he purchased from Franklin Rigler in 2008, the old Slip and Slide Ranch. For 30 years the Forest Service, Montana Fish, Wildlife and Parks and the Rocky Mountain Elk Foundation had sought to buy the Slip and Slide Ranch. A deal in the works died in 2008 and Morean stepped in to buy the land and offer the exchange. The land, if exchanged, would be open to hunting, fishing and wildlife viewing. To see maps of the proposed lands as well as read the whole story, visit The Billings Gazette website at http://bgz.tt/bxpmx 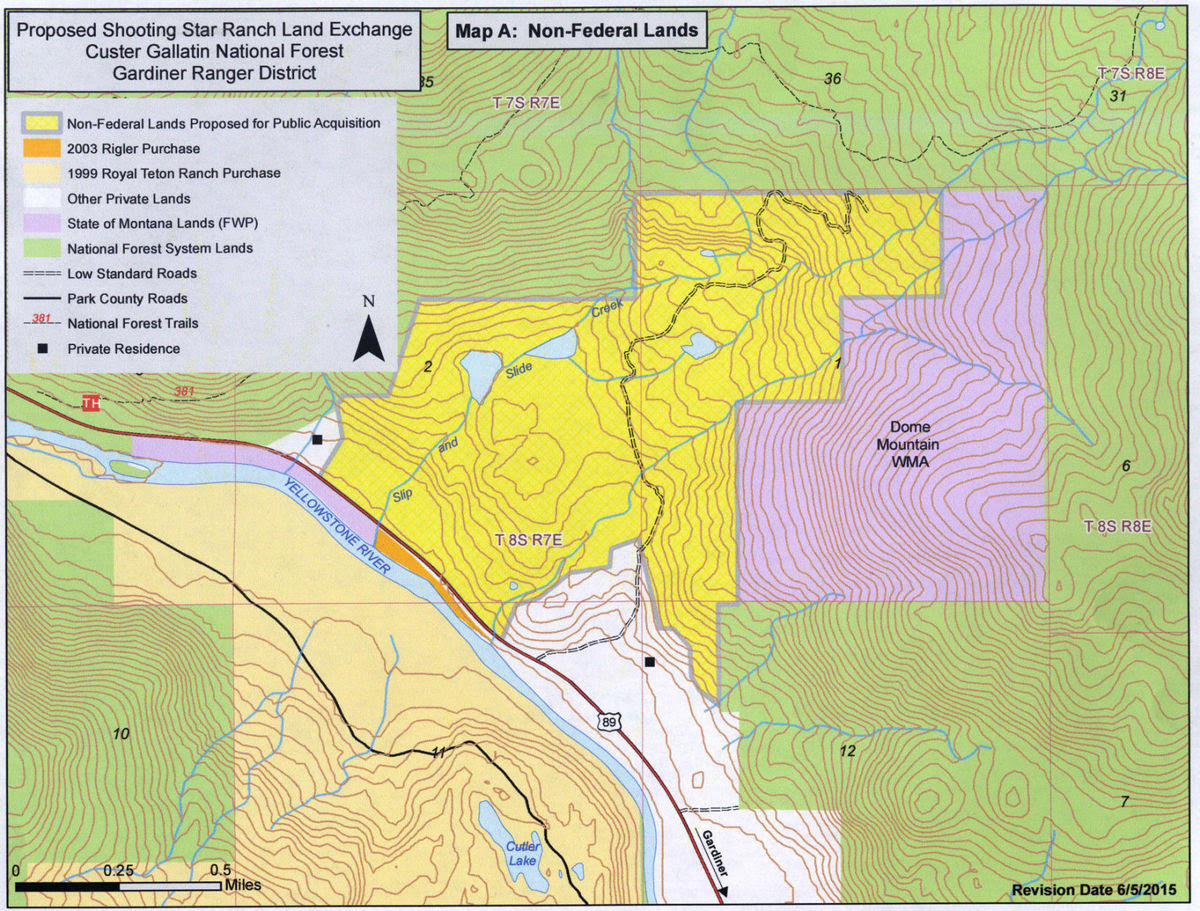