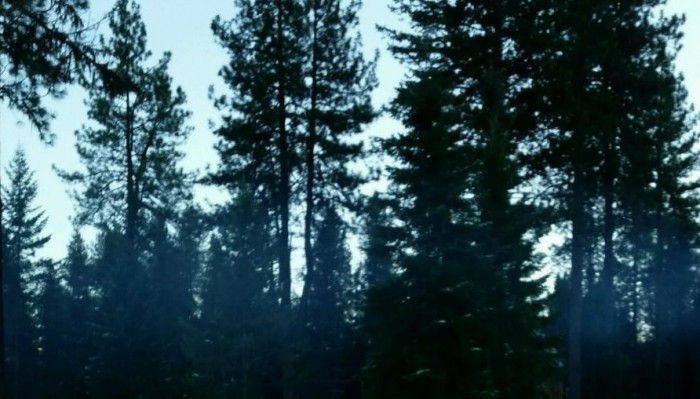 Christmas Tree “Hunting” (by the Camo Queen)
By angelamontana 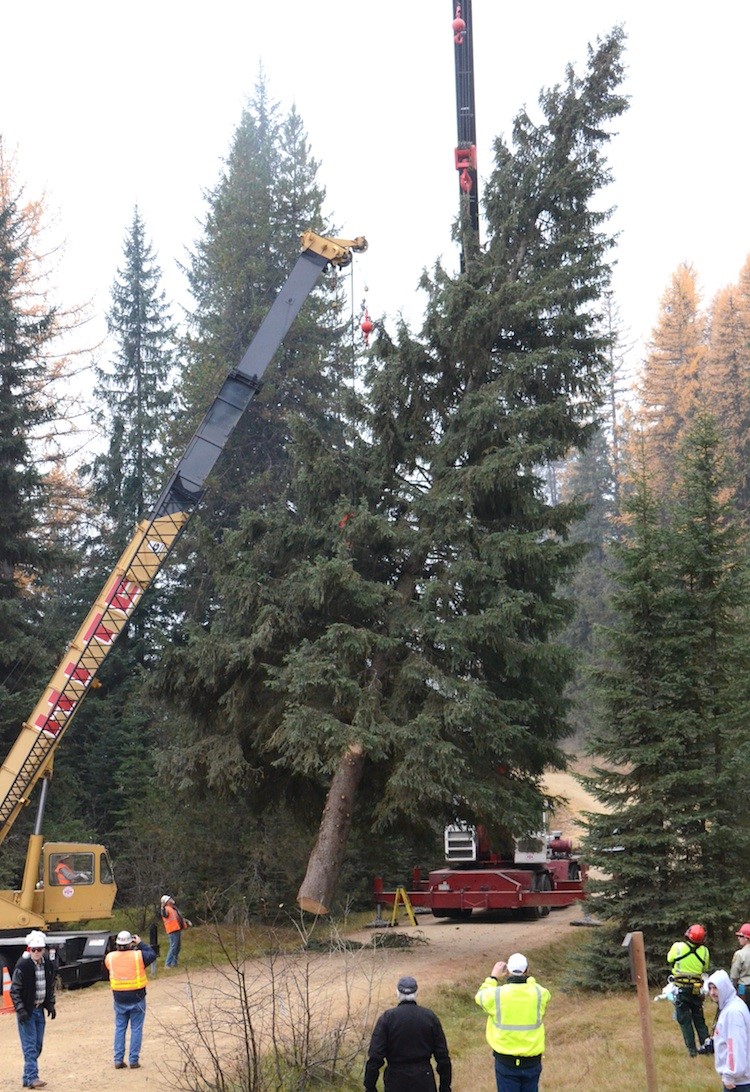 Now that big game season is over, the outdoorsman is lost.  Of course, there is waterfowl to be blasted, but one cannot simply live on waterfowl season alone…or so I am told.  The other day I got home and knew I was in BIG trouble.  There he was…the outdoorsman, in his nasty old sweatpants, one hand INNNN the sweatpants, and a very sad expression.  His eyes were vacantly staring at the television screen, which was playing the “Best of 2015 Elk Hunts”.  He didn’t even have on camo sweatpants just some dingy old gray monstrosities.  His hair was greasy, his teeth un-brushed, 6 empty beer cans scattered around his legs, and an empty bag of mini Snickers on his lap.  Holy crap, I needed help and I needed it fast!  Hopefully I could find help before his butt became permanently wedged on our couch.  So I came up with a plan.

It tis’ the season to be jolly but the ol’ outdoorsman looked more like a homeless person who got their puppy stolen on Christmas morning.  So I casually mentioned, “Let’s go for a Christmas tree HUNT…”  At sound of the melodious word, “HUNT”, his eyes opened, he instantly became alert and bounced off the the couch like Richard-freaking-Simmons on a Monday morning. He kind of started panting…Um….This whole situation was getting weird.  I grabbed the remote and quickly turned off the hunting channel before he could backtrack and fall back into the couch and begin the mindless “junk” petting to begin again.

Before I knew it, he had his stink wagon truck revving in the driveway, suited up in camo, hollering out the window to hurry up and get the kids ready to go for our tree “HUNT”!  I quickly grabbed the kids’ coats and boots and we all buckled up for our wild ride up the mountain side in search of our Christmas tree.  The windows were all rolled down and the binos were once again hanging from his neck.  As he frantically scanned the mountainside, he looked so crazy….And so happy.  The heater was blasting and we were all shivering as the cold air and snow flurries blasted us through the open windows.  Thank God trees don’t have a mating call or I can guarantee that we would have been deafened by the ear shattering “calls” trumpeting in the driver’s seat. 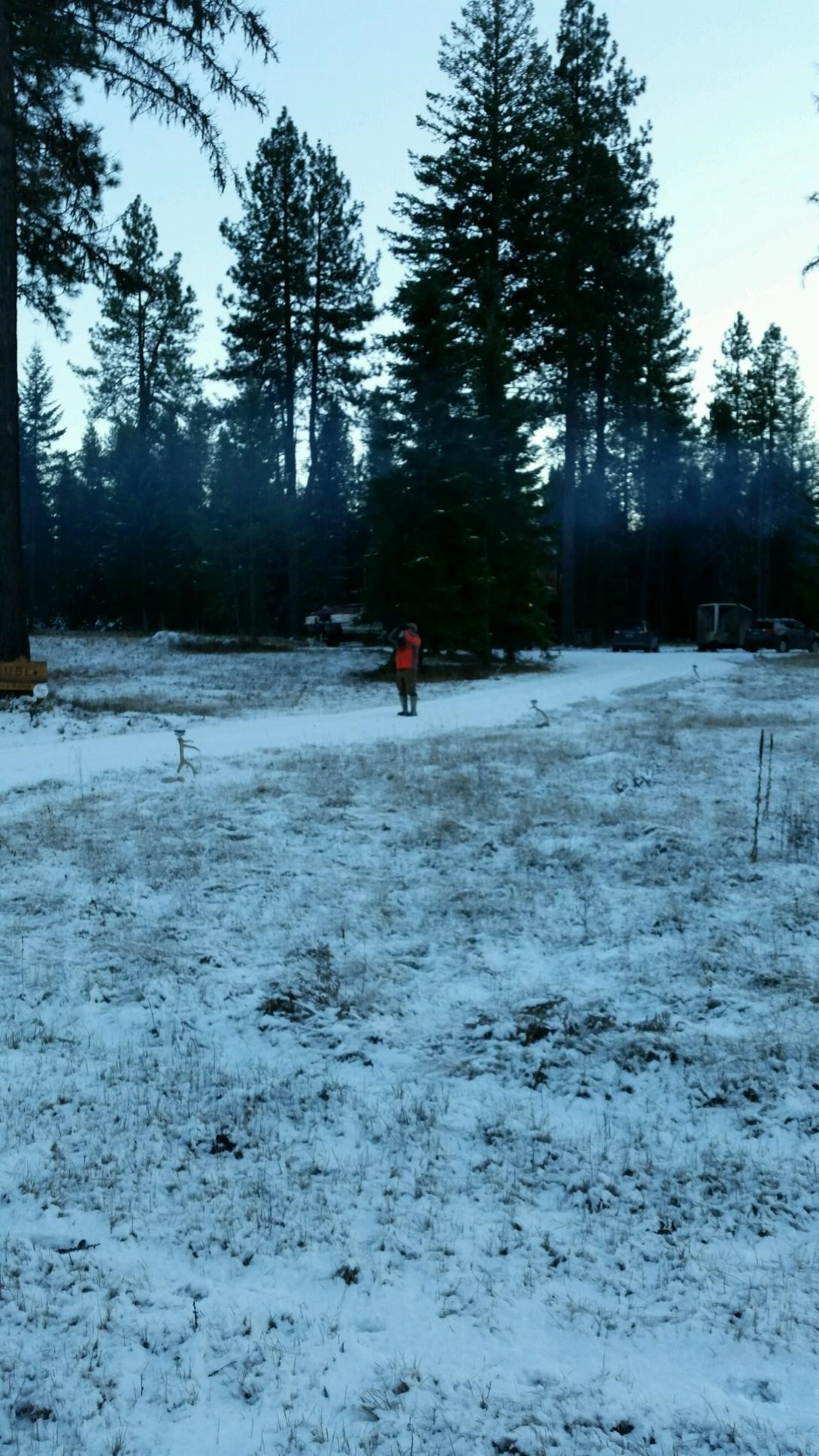 I was snapped to attention by the violent slam of the brakes as we fishtailed, did a complete 360 and  slide up to a locked gate-those moves… even the Dukes of Hazzard boys would be proud of those tricks.  The outdoorsman announced that it was time to hike the mountain to “HUNT” down our Christmas tree.  We all hop out and I strap the baby to my back, he straps a kid to his back and then he drops the tailgate.  Dear Lord!!! When did the depressed crazy man have time to load up hand saws, chain saws, an axe, a hatchet, and chain to pull the son of a bit## out of the ground if his arms got tired from sawing through the 3 foot wide base of a 60 foot tree…just to cut off the top…. After he secured his tree hunting supplies to his body, we began the death march up the mountainside.  By “death march” I simply mean the act of following a crazed lunatic straight up cliffs, without water, without rest; which leaves a person gasping for air and about to hurl from the pure fun of mountain climbing in the snow with children and chain saws strapped to your back.

Finally, the crazed outdoorsman spots the tree that he thinks will be “perfect”.  By then the children are crying, I’m about to pass out from the sheer cliff hike, and he’s sitting there with a ridiculous grin on his face and whistling like a deranged maniac.

I’m not sure if he got the memo, but the average Joe does not require a 15 foot tall tree.  Apparently, we have the 400 class bull of trees.  I am so lucky.  He spends the better part of an hour sawing, ax-ing, hatcheting, and swearing at our prized Christmas tree. Finally, he gets the sucker down and we begin dragging the monster tree down the mountain-side.  By the time that we get the SOB down to the stink wagon truck, we are covered in sap, have pine needles lodged in our skin like a freaky porcupine attack, the tree is covered in snow and mud, we are frozen, we are starving and the outdoorsman couldn’t be happier.

We strap the sucker onto the truck and haul butt home, just to wrestle the freaking huge tree into the house.  We amazingly get it into a tree stand and instantly the snow and mud covered tree begins a meltdown.  This meaning…all that snow and mud is now making a pond across our wood floor and it is nasty.  But the outdoorsman in excited about an indoor pond. Sigh…  I think that I hear something jumping around in the tree…but I blow it off.  Nah…  We get the monster Christmas tree decorated and all sit back to enjoy the view.

The outdoorsman looks alive again.  The color is back in his face, his eyes now are shiny and bright, and he is happy.  So I guess what I am trying to say is that the hunting crazed men don’t have to hunt an animal to be happy…They still can pack for their trip, get dressed in camo, spot and track, and process the prize…even if it is just a tree.  The word “HUNT” works magic.  And to be honest with you…I am fairly sure he knows that there are a few critters hiding in that huge freaking tree… The next time I come home I can almost guarantee that he will be sitting on the couch again but this time, he will have his BB gun and will be trying to blast a squirrel or two in that tree.