40% Baloney (with Colonel Smoothbore)
By angelamontana

ce again are seeing proponents of various causes attempt to persuade folks that their stance is based on rock solid evidence. Often the evidence cited is nothing more than wishful thinking based on lousy polling and poor scientific procedure. One of those falsehoods that has reared its ugly head is the 40% myth. In short, to justify “universal” background checks, gun control advocates will often claim that 40% of gun purchasers do not undergo a background check. Here is the genesis of that claim; you can make your own judgement on its validity. 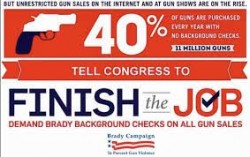 Over twenty years ago in the early 90s, a small survey was

conducted by telephone. 251 people were asked about gun purchases. ¾ of the survey was completed before February 28, 1994 when the “Brad Bill” instituted mandatory federal background checks for gun purchases. At that time there were more than twice as many Federal Firearms License holders (FFL) than exist today. Many were small dealers working from their homes, but all were required to follow the same regulations and laws. 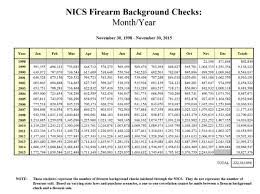 ing from a licensed dealer, poor wording that did result in false negatives when the respondents “thought” that only storefront operations were actually FFLs. Some of the respondents answered with “I don’t know” and were listed as negative to a background check, again altering the results.  In addition, transfers that were either gifts or inheritances were also considered and added to the negative column of the survey. When those transfers as well as the transfers that were actually done through FFLs are recorded accurately, th

e number of non-background check transactions falls to about 11% and even that number should be suspect.

This extremely poorly conducted, decades old research is often cited as fact by

gun control advocates including many politicians such as the President and Vice-President as well as Senators, House Members, Governors, Mayors, and numerous others. Glenn Kessler, the Washington Post’s fact checker, gave 3 Pinocchios to several of these people for their use of this myth: (www.washingtonpost.com/blogs/fact-checker/post/obamas-continued-use-of-the-claim-that-40-percent-of-gun-sales-lack-background-checks/2013/04/01/002e06ce-9b0f-11e2-a941-a19bce7af755_blog.html).

the next 10 months and even after the election, we are all going to be bombarded with “facts and settled science” on a myriad of subjects. The stakes are high for all of us and I urge you to make sure that when it comes to your Second Amendment rights, be sure that what advocates tell you is really true is really true.