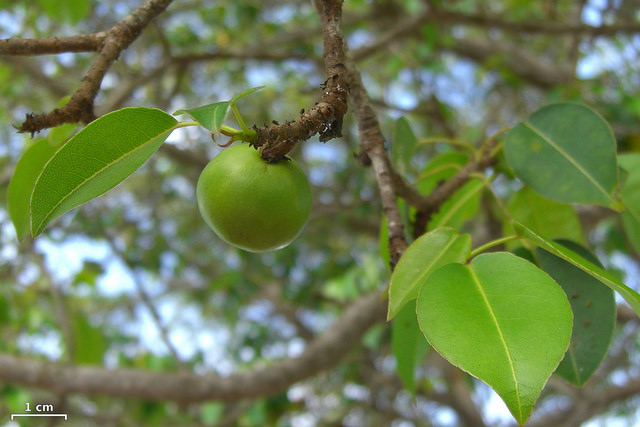 Be VERY Cautious of the “Tree of Death”
By angelamontana

“Although it resides on chilled-out, tourist-friendly beaches, the manchineel tree (Hippomane mancinella) seems hell-bent on its vendetta against humanity.”  That is how the article on the “Tree of Death” starts on iflscience.com.

According to the article, this particular tree can cause injury if the leaves, bark and fruit are even so much as touched.  By injury, they mean chemical burns just from TOUCHING the bark and severe vomiting, diarrhea and seizures by ingesting the fruit. To add to the craziness, these trees can be found in the Caribbean, the Bahamas, the Gulf of Mexico, parts of northern South America, The Galápagos Islands and in Florida.  If that isn’t scary enough, did you notice those locations tend to be high-traffic areas by tourists?  Yikes.

There is even a paragraph that refers to a tourist in Tobago who, with a friend, mistook the “sweet-smelling fruit” for crabapples.  Wow…

Nicola Strickland, a consultant radiologist, wrote about her run-in with the “death apple” on her Caribbean holiday in Tobago. After mistaking the fruit for a crab apple, she and her friend took a small bite. Moments later, the “peppery” taste in their mouth turned into a burning sensation and within minutes they struggled to breathe as their airways closed up. Along with this, they developed severe pain in their necks as the toxin began to seep into their lymph nodes. Strickland and her friend were lucky to live; it is speculated they survived purely because they ate such a minuscule amount.

The root (pardon the pun) of the horrid effects comes from the organic compound phorbol, and this happens to be in every part of the tree.  As a matter of fact, the sap is so concentrated with toxins that it has even been known to be used as a natural torture device by tying a captive to one of the trees and waiting for it to rain.  The rain would wash the sap on the victim, causing major irritation, blistering and burning.  Um….ouch.

Getting rid of the tree isn’t easy, either.  If you burn it, the toxins in the smoke will cause severe irritation to eyes and has even been known to cause temporary blindness!  Yeah, so if you head to ANY tropical locations, just be careful what you touch and eat plant-wise. 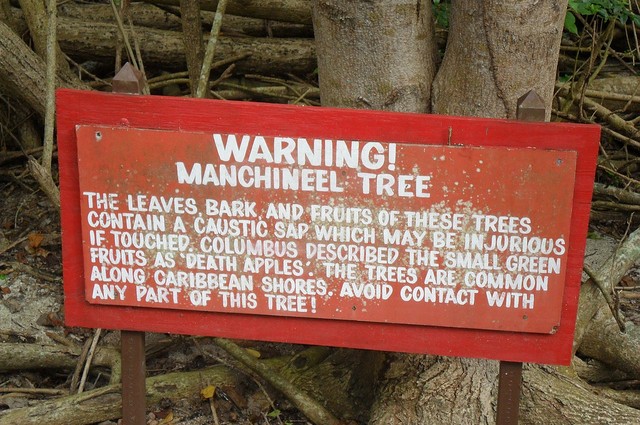