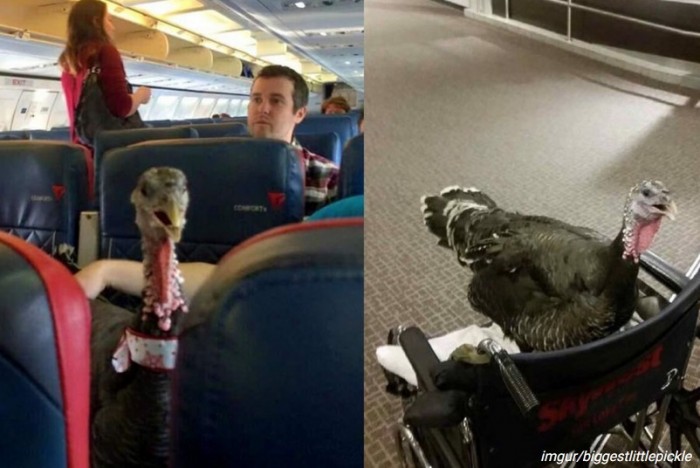 Turkeys Are Therapeutic to Some…
By angelamontana

Have you ever heard somebody say that turkeys are therapeutic?  Not turkey HUNTING……turkeys as pets!  A recent article from earthables.com reported a turkey that showed up at the airport in a wheelchair and flew in the main cabin on a Delta flight–as a service animal.

In the U.S, under the terms of the Air Carrier Access Act, people are permitted to take animals on board a flight at no extra cost if they can’t function without the support of the animal. But, it seems that some are abusing that privilege.

In December it emerged that some plane passengers are lying about illness and disability so they can take their pets on board.

In most cases, support animals are cats or dogs because they are cuddly and protective, a turkey support animal may truly be a first, but it definitely offers plenty of comic relief.

Now, there is a difference between a service dog or a therapy cat and a turkey…..isn’t there?  Apparently not.  To some, turkeys are therapeutic.  The only turkey therapy I know of is with my bow!  To each their own. 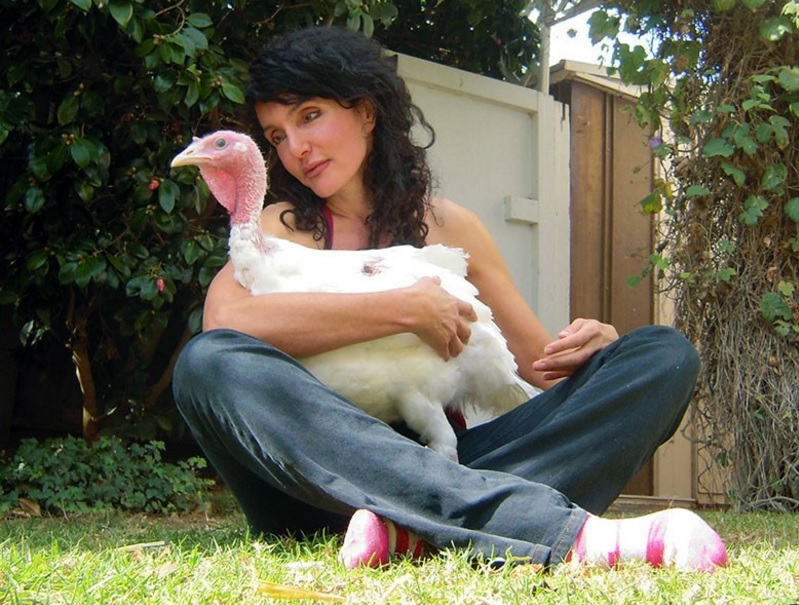