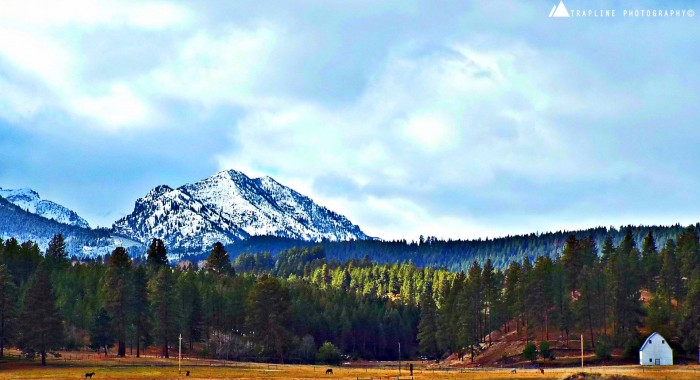 10 Movies with Scenes Filmed in Montana
By angelamontana

There are quite a few movies that have scenes that were filmed right here in Montana that you may not have known.  As Montana residents, the last thing we want are people coming here and trying to change our way of life, but at the same time, we are all proud to call this beautiful place “home” and love seeing the beauty that is Montana ourselves.  Have you seen the Montana scenes in any of these movies?

Forrest Gump runs through Montana in the film, and two scenes shot in Montana appear in the movie. One scene was filmed in Cut Bank (the one where wheat fields appear briefly), and the other was filmed at the St. Mary Entrance to Glacier National Park.

This 2013 movie may have been about the Cornhusker State, but parts of it were filmed in Billings and Laurel. The movie’s main character, played by Bruce Dern, was from Billings. Watch the first 15 minutes and you’ll see some familiar territory.

The mythical home of the Newton family was set in Pasadena, but this movie’s park scenes were filmed at Glacier National Park.

This 1970 Western starring Dustin Hoffman and Faye Dunaway was filmed in Virginia City, Nevada City, Billings and the Little Bighorn Battlefield National Monument as well as Alberta and Calgary, Canada.

What Dreams May Come

With a movie that has so many scenes in heaven, it’s no wonder that a few of those scenes were filmed at Glacier National Park. Robin Williams was apparently so impressed with Glacier that he said, “If it isn’t God’s backyard, He certainly lives nearby.”

This 1989 movie was Audrey Hepburn’s last, also starring Richard Dreyfuss, John Goodman and Holly Hunter. It was filmed exclusively in the Libby area and Ephrata, Washington. About 500 people from Libby were recruited to be extras.

The scene for this 1979 drama was rural Wyoming, but the scenes were actually filmed in Central Montana (Wheatland County).

A River Runs Through It

Considering the book’s plot was set in Missoula and on the Blackfoot River, it’s not surprising that it was filmed in Montana. But what many don’t know is that the scenes were actually shot in Livingston, Bozeman and parts of Yellowstone. The church scenes were filmed in the Redeemer Lutheran Church in Livingston.

Remember the scene in this 1987 gangster film where Ness intercepts the shipment of Canadian whiskey? That was Hardy Creek Bridge in Cascade, Montana. Hardin had a cameo as well.

“Taking Chance,” 2009. Director: Star: Kevin Bacon. Tells the story of an officer accompanying the body of a slain American soldier back home to Wyoming.