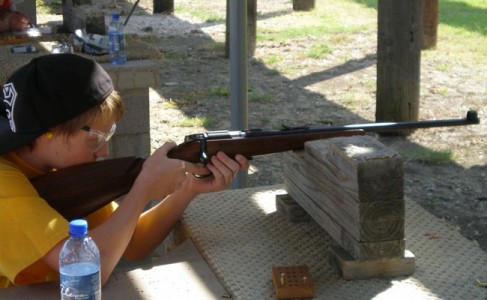 WASHINGTON, Feb. 26, 2016 – The House passed its Sportsmen’s Act in a 242 to 161 vote Friday about a month after its Senate companion bill was met with fiery dissent from Democrats.

The House bill – H.R. 2406 – would end current federal protections, and preempt federal court decisions on those protections, for gray wolves in Wyoming, Michigan, Wisconsin and Minnesota.

In 2011 and 2012, the U.S. Fish and Wildlife Service delisted the gray wolf under the Endangered Species Act in these states, but federal courts overturned the agency’s decisions, saying FWS did not use the best available science in its determinations.

The Sportsmen’s Heritage and Recreational Enhancement, or SHARE Act for short, was introduced by Rep. Robert Wittman, R-Va., in May of last year to promote hunting, fishing and shooting on federal lands. The Senate’s version of the bill – S.659 – is very similar, also including a provision to delist the gray wolf and allow for expanded use of lead tackle and firearms on federal lands.

Many sportsmen’s groups, including the American Sportfishing Association, the Boone and Crockett Club and the Theodore Roosevelt Conservation Partnership, have come out in support of the bill; however, more than 60 conservation groups have also come out against it, most recently in a letter and joint release that called the legislation “a grab bag” of special-interest provisions for the livestock industry.

In addition to allowing for the use of firearms and archery equipment for hunting and shooting practice on federal lands, the bill would require the Interior Department to publish a management plan for unwelcome bison in Grand Canyon National Park.

Other provisions would allow the following:

•The construction and expansion of public target ranges on federal land.
•The importation of polar bear trophies taken during Canadian sport hunts before 2008.
•Expanded hunting opportunities in wilderness areas, national monuments, wilderness study areas and other federal lands.
•The import of African elephant trophies if the country in which the elephant is taken from is approved by CITES, an international agreement among governments regarding endangered species.
•Commercial and recreational fishing in any state or territorial marine waters or Great Lakes under National Park Service or National Marine Sanctuaries jurisdiction.
•Lead in fishing tackle.

The bill would also reauthorize the Federal Land Transaction Facilitation Act and the Wildlife Restoration Fund.

Chairman of the House Natural Resources Committee, Rob Bishop, R-Utah, said in a release following the bill’s passage that it would “protect Second Amendment rights and ensure reliable access to recreation on federal lands for future generations.”

In a joint release with the National Cattlemen’s Beef Association, Public Lands Council President Brenda Richards said this newest move to delist the gray wolf came at the right time.

“This is a great opportunity to show that the Endangered Species Act can actually function the way it was intended,” Richards said.

Rep. Cynthia Lummis, R-Wyo., who introduced the gray wolf amendment with Rep. Reid Ribble, R-Wis., said it “received bipartisan support on the floor and moves us one step closer to claiming the recovery of the wolf as the conservation victory it is and returning management to the capable hands of the states.”

Twelve House Democrats joined 230 Republicans in support of the bill.

Drew Caputo, Earthjustice’s vice president of litigation, said, “If enacted, this legislation could prove devastating for the recovery of wolves in the continental United States.”