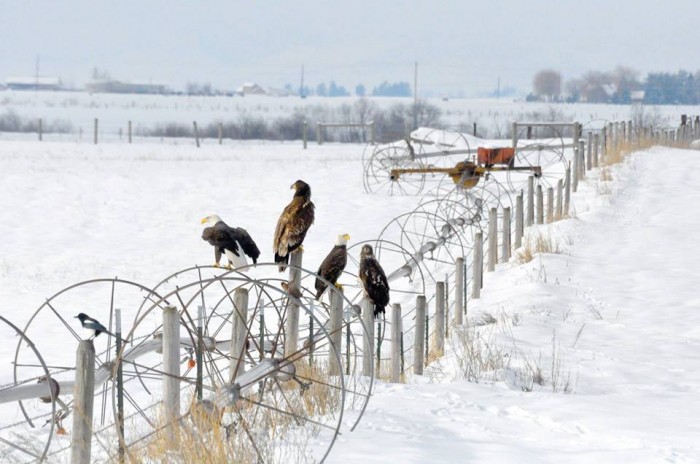 A 60-year-old Choteau man is set to plead guilty later this week to unlawfully taking a bald eagle.

Court documents in Montana Federal District Court claim that David Carlson shot the bird in March 2015, after he became concerned that eagles and hawks were killing his bunnies.

The man allegedly gave the bird talons to a farm hand before he threw the rest of the carcass into a field so that it would be concealed by manure spreading.

U.S. Fish and Wildlife officials were able to identify the feet as a match to the national bird.

Carlson allegedly admitted to killing bald eagles, and said he would shoot them if they were messing with his animals.

He at first denied the crime, but is now set for a change of plea, according to the court docket.