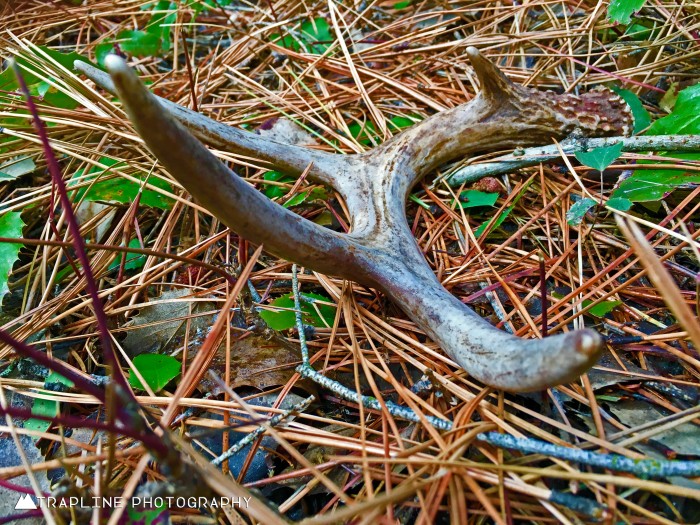 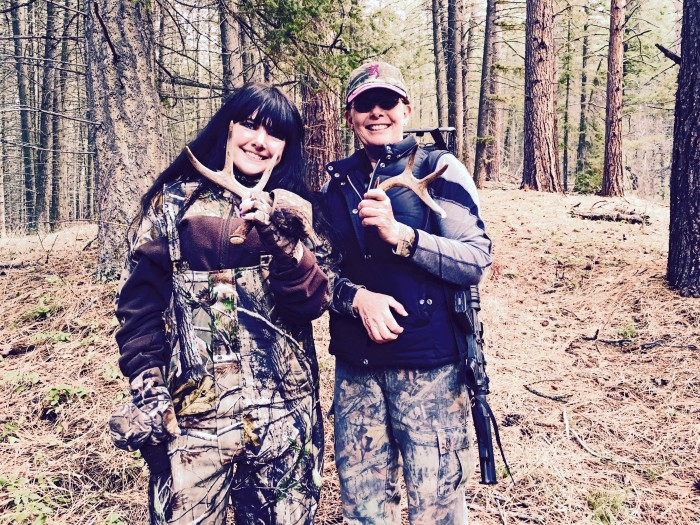 We decided to throw some more steel in the ground this past weekend to take full advantage of the last two weeks of Montana’s wolf trapping season.  Jason Maxwell, his mom, Coral, and I hopped in the side-by-side with all of our supplies.  After scouring the treetops for mountain lions and searching the fields for wild canines, we made it to where we were trapping.

We headed down the hill and I glanced down only to see a SHED!!!!! I immediately squealed with delight (at least, that is what I thought I did, but it may have come out as some unintelligible words and gasping)…which made Jason turn around to see what was wrong with me.  He originally thought I saw a wolf, which is funny because the only noise you would hear would be my gun if that were the case.  I was uncontrollably ecstatic–which isn’t surprising if you know me and have ever hunted, trapped or fished with me.

While still in shock from finding my first whitetail shed and my second shed ever–Coral immediately turned her eyes to the ground and found the match to mine about five or six feet away from where I picked up mine!  She yelled, “I found the other one!”  That was pretty awesome that the other one was found.  She was even so generous that she gave me the one she found.

In summary, as a result of this experience, there are three things I learned:

If I get so excited finding deer sheds, I can’t even imagine trying to contain my excitement finding a moose paddle or an elk antler. The thought is making my heart race!  So, if you’re out there doing whatever you’re doing, keep an eye on the ground…but, don’t actually look for them, if your luck is anything like mine, as you won’t find them if you’re looking for them!