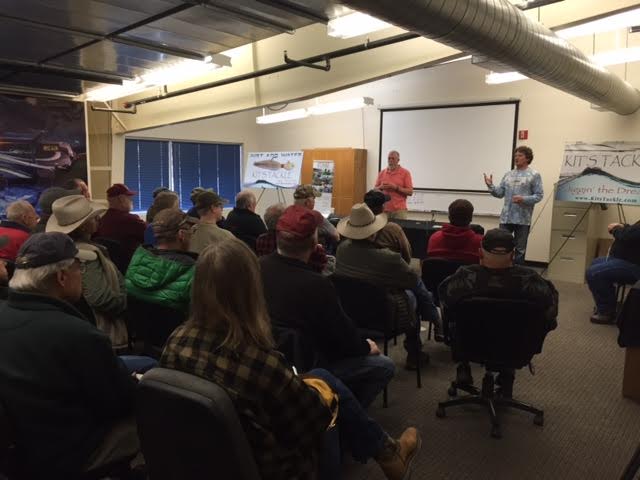 It was another packed room last Saturday for the Trevor and Kit Johnson fishing seminar that was held in Missoula at Bretz RV and Marine. The warmer than normal temperatures have got anglers thinking about spring, because it feels like spring. The fishing seminar from the father-son team of Kits Tackle is just one sign that anglers are ready and excited. I also just received an e-mail from Jason Terrill showing his boy Tommy fishing the Clark Fork River and holding up a nice size trout for the camera before he put it back in the water. Yet another sign that spring is near. This is the time of the year that anglers all across the state begin getting the itch to get on the lakes and rivers. If the nice weather continues it won’t be long. In the meantime it is also a great time to go through your tackle box, fishing gear, and boat. Check the condition of your rods and reels. 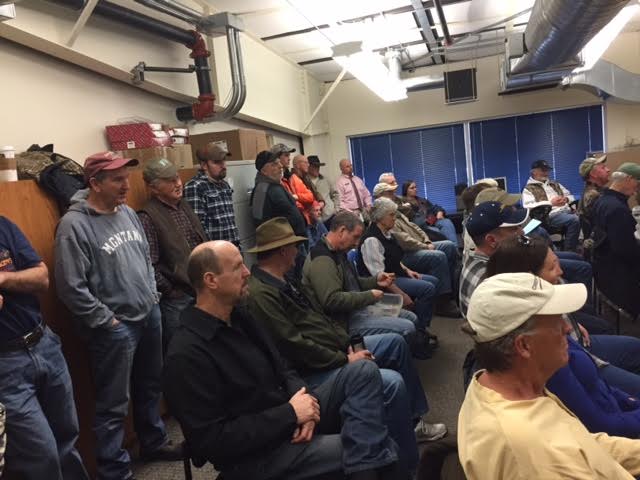 ow might also be a good time to look at replacing them because many of the sporting good stores and fly shops are running discounts to make room for new merchandise. Replace the old line on your reels and check the guides on your rods. Then it’s time to go through your tackle box. If you are like me it almost takes an entire day to get my tackle box organized to begin a new fishing season. I normally have to replenish almost all of my terminal tackle like barrel and double snap swivels, O-rings, weights, and line I use for my leaders. Another good activity while you are dreaming about your first day on the water is to tie up some leader set-ups or flies that you have had success in the past and maybe some new combinations that might just be the ticket to catch fish when your old tried and true set-ups just don’t get the job done. Your 2015 license is still good until February 29th but the 2016-17 year license is on sale now and that in itself is another perfect excuse to go to the sporting goods store or fly shop and browse around while you get licensed up. 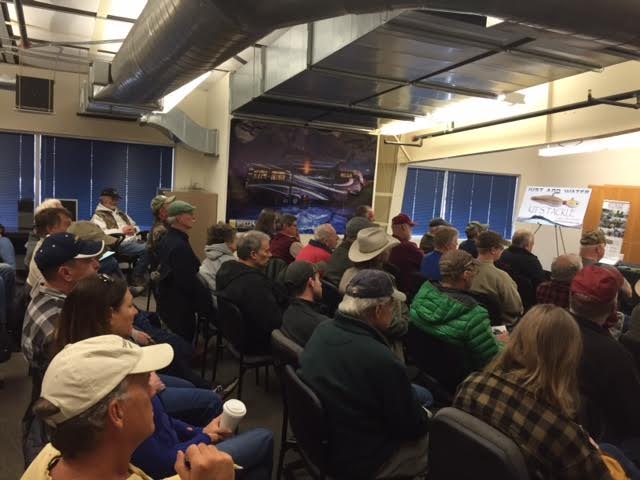 Remember the walleyes that were netted out of Swan Lake last year? Microchemistry analysis of the inner ear bones (otoliths) of two walleye that were caught in Swan Lake showed that the walleye were not born in the lake. The walleye were caught during FWP gill net sampling operations in October. FWP Region One Fisheries Manager Mark Deleray says that the fish apparently were transported and released in the lake as part of an illegal fish introduction.

If you are a hunter I will also give you a friendly reminder that the March 15th big game special applications deadline is also fast approaching. There are some changes that go in effect this year like the fact that residents must purchase their Conservation, Base Hunting, and General Deer and Elk licenses in order to apply for a deer permit or elk permit. It would be a good idea to read over all the changes that were adopted in last week’s Montana Fish Wildlife and Parks commissioners meeting. That information should be on line or at the license dealers sometime in the next few days according Ron Aasheim from Montana Fish Wildlife and Parks.