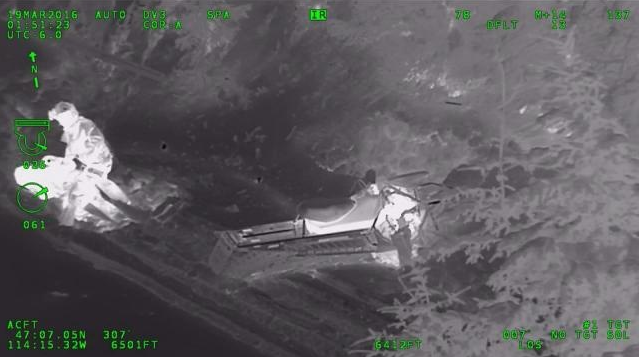 A 19 year old Missoula man was seriously injured after crashing his snowmobile into forest service gate while traveling at hight speeds.  The man was searching for his two friends who reportedly called and told him they were stuck in an avalanche, which ended up being a “not funny” joke.  After his “friends” called him, he called 911 and was told not to go searching by himself as it was dark and dangerous.  The man didn’t listen to the dispatch orders and set out anyway.  The search crew ended up finding the man using infared technology as he was badly injured and barely waving at the helicopter.