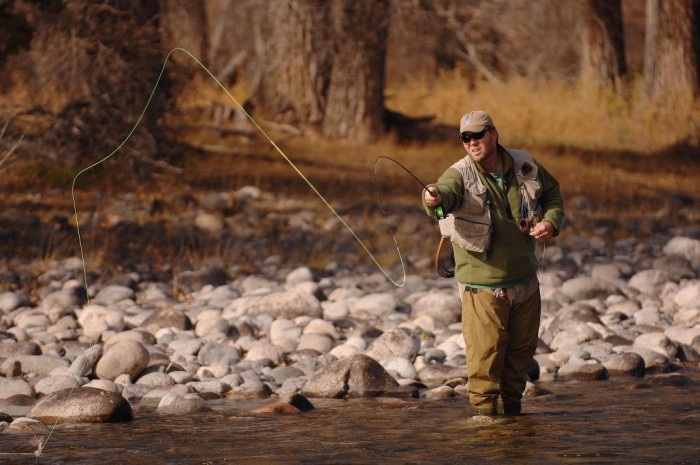 Outfitter Petitions to Reduce Floating on Boulder River
By angelamontana

Fishing pressure on the Boulder River, south of Big Timber, has steadily increased over the years. Big Timber outfitter Adam Wagner said floating pressure used to be confined to early runoff when the water was high enough to run, but now floaters are traveling the stream as long as possible, sometimes dragging their boats over shallow riffles into the fall. The result is competition between float and wade anglers during low water. The competition prompted Wagner to gather signatures on a petition to Fish, Wildlife and Parks asking for the floating season to be constricted. Similar restrictions are already in place on streams like the Big Hole, Beaverhead and Rock Creek near Missoula.

For more on the story, including whether the increasing fishing pressure is harming the fishery, see my story in this week’s Billings Gazette Outdoors section at http://bgz.tt/bylgt