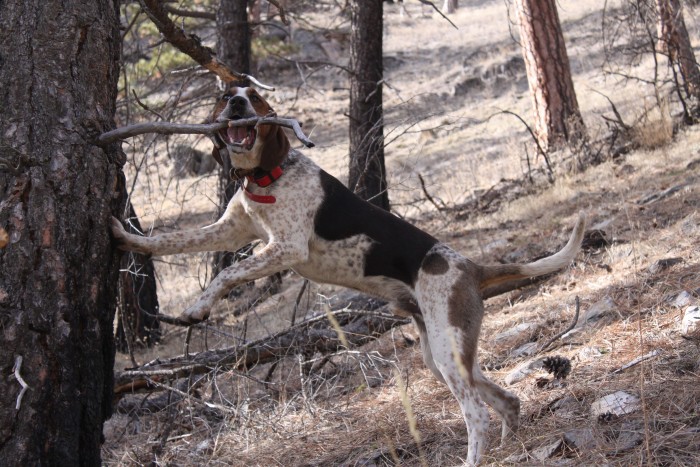 With a unanimous 3-0 vote, the California Fish and Game Commission voted to abolish the longstanding ban on the use of Global Positioning System (GPS) collars for hounds. As of July 1, houndsmen will be able to use GPS collars to train and hunt in California.

The Sportsmen’s Alliance and its long-time partner, California Houndsmen for Conservation, advocated correcting this antiquated prohibition based on a number of factors.

“Today’s decision by the commission to allow the use of GPS dog recovery equipment for California’s hounds corrects an egregious policy that prevented hound owners from affording the greatest level of care to their four-legged hunting partners,” said Josh Brones, government affairs coordinator of western operations for the Sportsmen’s Alliance. “For the commission to vote in support of the department’s recommendations to end the ban, indicates their recognition of the role and value of logic and science in resource policy-making decisions.”

The use of GPS is legal for every other kind of dog in California including those used for upland and waterfowl hunting, livestock herding and pets. In addition, California’s former ban on the use of this recovery equipment for hounds was contrary to the attitudes of the rest of the country, as it was the only state in the nation to have had such a ban.

“We are delighted by the decision of the commissioners to correct this flawed regulation in stark rebuke of the irrational arguments of the animal-rights community that inexplicably argued against this animal welfare measure,” said Brones.

“This was a deeply personal battle for me that I started in 2008 following the death of one of my most beloved hounds, Dodger, by an automobile while hunting in late 2007,” continued Brones. “The fact that I was prohibited from employing the use of GPS solely because Dodger was a hound was a kind of discrimination we sought to end once and for all in our hard-fought battle for California’s hounds.”