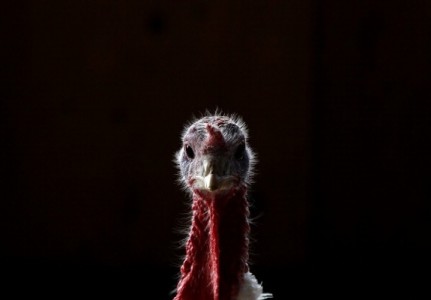 I Married a Turkey? (by the Camo Queen)
By angelamontana 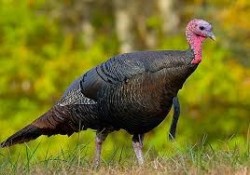 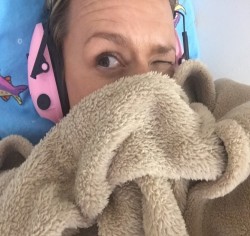 It is a peaceful Sunday morning and I am all nestled in my warm bed, excited to actually have one day to get to sleep in…Well at least until my pack of barbarian children wake up!  So anyways…I am lying there, half awake when all of the sudden the outdoorsman jumps up and is standing on the bed making this God awful racquet.  Let me tell you, that is one hell of an alarm clock.  So what is the outdoorsman doing you wonder?  Apparently spring turkey season is upon us.  Apparently he heard a tom gobbling outside of our cracked window.  Apparently you simply must gobble profusely out the window and jump on the bed like an escaped mental patient at this time.  Seriously, he pressed his face against the window screen so hard he had screen indents on his nose.  I almost can guarantee that is not how the professionals turkey hunt…Just sayin’… 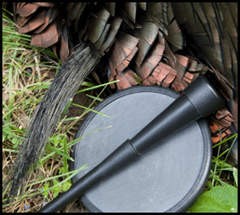 Do you know what nails on a chalkboard sound like?  Well that is basically what a hen turkey call sounds like.  There is this little “stick” scratcher thing that looks kind of like a pencil and then you scratch it on this little round “chalkboard”-like plate.  The sound is horrifying and gives any normal person goose bumps and makes them cover their ears.  To an outdoorsman, this is like Mozart.  Lucky for me the outdoorsman decides it is time to alternate between tom and hen calling.  I really think that my ears might be bleeding. 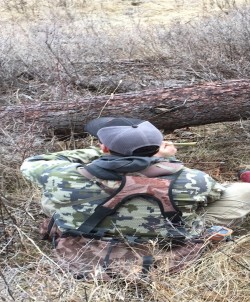 I wait a few more minutes, praying for relief, when I hear him stomp out the door and head to his blind. Thank you, sweet baby Jesus.  I get up anyways, because by now I am definitely awake.  I get up and dink around the house and figure I am free for the day when all of the sudden the outdoorsman comes running into the house, feather stuck in his hat, toting a dead tom over his shoulder.  He is as happy as a pig in sh##!

All I have to say is that I hope that the 6 a.m. gobbling and hen calling will be over now…Yes; I do know that is wishful thinking. Sigh!

Hot Tip: Keep your windows shut and your ear plugs in.