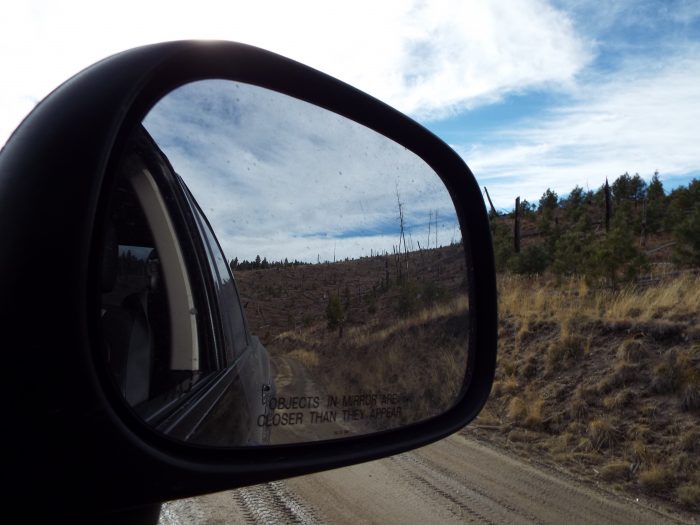 Attention Montana Drivers! Why Did the Fish Cross the Road?
By angelamontana

Have you ever seen the carcass data from the Montana Department of Transportation?  Why would you?  Unless you were looking for something in particular, or you work with this type of information, most people don’t see these reports or even think about them. Heck, a lot of people don’t even know about them.  But, as sportsmen, who are sometimes blamed by antis for the countless “unnecessary” deaths of various animals, when, in fact, vehicles are this information is important.  There are also a few interesting “animals” that show up in a decade-long report from 2004-2014…and one of them includes a fish being hit by a car…

For example, it was recorded by MT DOT that out of the 132,162 recorded animals hit by cars in the state, a great northern pike was one of those animals on February 1, 2002 on I-15.  I mean, this could have been caused by a number of situations.  Perhaps a pike flew out of a cooler and landed on the road…or, perhaps a predator was consuming the fish and was hit by a car leaving the fish in the road to appear as roadkill. At least they reported that the fish was “wild”….and presumably not a domesticated or hatchery fish?  Whatever the case, in addition to this incident, there was also a bigfoot recorded to be hit by a car in December of 1997.  Before you roll your eyes, keep in mind that this is carcass data………the carcasses reported here were animals they could SEE from the road AND what their employees REMOVED or “HID FROM SIGHT”, according to MT DOT Paralegal, Kelly Johnson.  So, these aren’t just sightings by MT DOT….these are actual carcasses…..

With 57 grizzly bears killed by vehicles in that particular timeframe, it makes a person wonder if there will be a speed limit enforced in “grizzly bear habitat” down to 10 mph or so.  Antis shouldn’t be so quick to point at sportsmen, trappers specifically.  Maybe drivers should be the number one focus of non-target kills involving grizzly bears AND other species?  Seems logical to me.

What are the craziest things you have encountered during your travels?