Lots of Opportunities (with Colonel Smoothbore)
By angelamontana 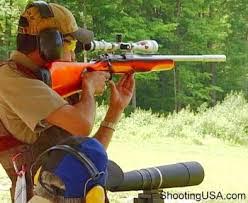 One of the great benefits of competing in the shooting sports is traveling to various gun clubs and ranges around our great state. Over the years the bulk of my firearms competitions has been trap tournaments, but I’ve also competed in USPSA matches, as well as skeet and sporting clays shoots. Recently, I became reacquainted with a club I first competed at 15 years ago.

The Manhattan Wildlife Association operates a great facility located just west of Logan, Montana. Logan might be more famous for the nearby Madison Buffalo Jump and the Missouri Headwaters state parks. If you are in the area, both are must see, but I digress.

The range at Logan is truly a multi-purpose facility. It includes numerous pistol and rifle bays, skeet fields, and 6 trap fields. There is also a very nice, comfortable club house with a wonderful fireplace that helps knock of the chill off late winter and early spring shooting. 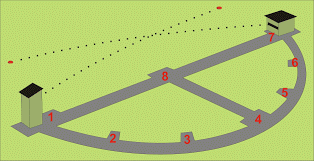 The club hosts lots of different events including Cowboy Action and USPSA matches. There is a firearms instruction program, rifle programs, and skeet and trap shooting a couple of times a week. One of the best things about this club is it is open year round; no winter closure.

It is also the home of the Logan Trap Club and the place where I shot in one of my early ATA tourneys. The Montana State Team Championships were first held in Logan early in this century. This year the team championship was
again held there.

Teams from all over Montana, including our Broadwater Rod and Gun Club team, attended the two day event. The 200 target championship was held on Sunday under cool, cloudy, but fortunately dry and windless skies, and although we didn’t win, we had a wonderful day of competition. It was especially fun was

watching our 14 year old “new” shooter Jeremiah compete in his first ATA tournament. He performed extremely well and we are all very proud of him and his efforts.

If you live anywhere near the Manhattan Wildlife Association’s Logan facility, investigate. It is run by a great group of volunteers who are passionate about firearms, the shooting sports, and the 2nd Amendment. Here’s a link to their excellent home page:

You will find other links to the various organizations and shooting opportunities, check it out and join up, I guarantee you’ll have lots of fun.