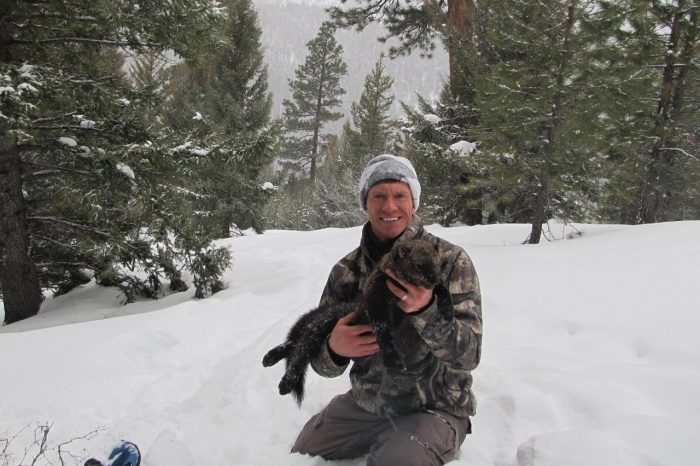 Who Are FWP Commissioners Listening To?
By Toby Trigger

Science is the foundation of Montana’s wildlife management – or IS IT?

At a recent Citizen Advisory Committee meeting in Missoula, MT Mike Thompson the Region 2 Wildlife Manager gave a presentation about fisher in Montana to the members and guests including FWP Commissioner Gary Wolfe.

The presentation explained the dynamics of fisher populations and the data used to establish and maintain a trapping season over the past 20 years in Montana.  The scientific evaluation came from decades of fisher research done by biologists in Canada where fisher populations are dense and mandatory harvest reports from trappers in region 2.
In Montana the fisher habitat is on the fringe of  viable habitat and is contained within regions 1 and 2 in a very small area in the Bitterroots.

Other areas like the Cabinet Mountains and the Swan Valley did not historically have Fishers but they were transported there by wildlife officials decades ago by the US Forest Service to help control porcupines destructive nature on trees.  But because of the poor fisher habitat and competition with other predacious species the fisher populations never flourished in those areas.

This same presentation was given to the Montana FWP Commissioners last week describing the scientific research used to maintain a harvest quota of 5 in region 2 and a quota of 2 in Region 1.

The data is based on sound science and harvest trends in Montana over  a 20 year period.  And the FWP biologists explained the science behind it once again during the FWP Commissioners Meeting on May 12 in Helena.

But a group known for its anti-hunting and trapping stance on many issues with a satellite office in Missoula, Montana called The Defenders of Wildlife has been urging the FWP Commissioners to make the fisher quota zero in Montana based on unscientific philosophy.

Commissioner Gary Wolfe proposed that the fisher quota be dropped to zero at the May 12th meeting at the end of the furbearer portion of the meeting and it was voted in unanimously by the Commission.  Chairman Vermillion did not allow discussion on the amended proposal which is not the usual practice.

This vote opens the idea of a quota being set to zero for public comment.

But isn’t the Commissioners job to use scientifically based principles to make wildlife management decisions?

In a conversation with Bob Inman the Montana FWP Carnivore and Furbearer Coordinator  he stated that a study done by the Defenders Of Wildlife has two major holes in it that directly contradict the scientific data used by the MTFWP.

The first hole is that the Defenders of Wildlife documents show a shrinking fisher population because fishers can’t be found in Glacier national park.  However there is no actual evidence that fishers ever lived in glacier Park.

Secondly, the Fishers located in the Cabinet Mountains and Swan Valley aren’t native to the area and probably for good reason: the habitat or other factors have prevented fisher from becoming established in those areas.  The existence of fishers in those areas was the result of introduction efforts that failed due to inappropriate environmental conditions for their survival.

Another factor involved in fisher management is that the main population is centered in Idaho and Montana is a fringe habitat area with minimum habitat characteristics needed for the species.  This means that while Montana forests on the extreme western edge of the state can hold fishers it isn’t a place where a high fisher density is even possible.

On May 12, 2016 the MTFWP Commissioners were presented with a plea from Defenders of Wildlife based on philosophy who “feel” the fisher quota should be zero and another scientific document put together by the Montana Fish Wildlife and Parks Biologists based on 20 years of harvest data and decades of research by Scientists who specialize in furbearers and furbearer management. 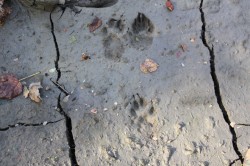 Fisher tracks from Canada. If The Montana FWP Commissioners continue to ignore scientifically based management what will this mean for the future of Montana’s wildlife?

The commission turned its back on the scientific research and proposed a quota based on the no-harvest philosophy of an anti trapping group from Missoula.

If this trend were to continue and the Commissioners ignored science for every wildlife management issue and instead appeased groups opposed to hunting, trapping and fishing what will the long term result of that action be?

A Montana where science, reason and a focus on maintaining harvest opportunity are thrown out the window and is replaced by the emotional whims of anti’s.

Is this where WE THE PEOPLE OF MONTANA want our wildlife management principles to go?  Let us know who you want to manage our wildlife: Special interest groups or Biologists.