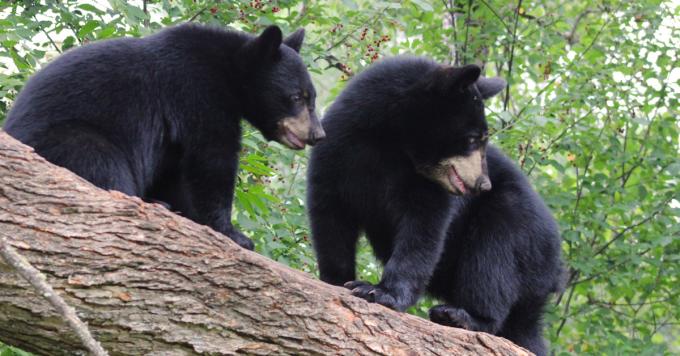 Bear Had Several Incidents with Food from Humans

On Tuesday, June 7, the same bear was involved in an incident at Fish Creek Campground in which the bear grabbed food out of an open vehicle trunk at an occupied campsite while campers were eating at a picnic table a few feet away. The bear consumed the food and left the area. Park rangers set a trap for the bear but the bear was not caught.

Earlier today, there were several sightings of the bear in Apgar Village and he did not seem bothered by human presence, according to witnesses. Rangers were called to the scene and the bear was determined to be a food-conditioned bear, and a threat to human safety.

The bear had an orange ear tag from Montana Fish, Wildlife and Parks (MFWP) identifying the bear as having been captured before. According to MFWP records the bear was captured at Stanton Lake Lodge on June 5, 2015 for getting into garbage. The bear was two and a half years old at the time and was relocated to Big Creek, 26 air miles away. There were no further incidents with this bear until this week’s incidents in Glacier National Park.

Visitors are reminded to keep campgrounds and developed areas clean and free of food and trash. Regulations require that all edibles, food containers, and cookware be stored in a hard-sided vehicle or food locker when not in use, day or night. Place all trash in bear-proof containers. Do not burn waste in fire rings or leave litter around your camp. Fire rings should be free of trash before vacating a campsite.

If you see a bear along the road, please do not stop. Stopping and watching roadside bears will likely start a “bear jam” as other motorists follow your lead. “Bear jams” are hazardous to both people and bears as visibility is reduced and bears may feel threatened by the congestion. Report all bear sightings to the nearest ranger.

Visitors to Glacier National Park are reminded that the park is home to black and grizzly bears.Hikers are highly encouraged to hike in groups, make noise when hiking, and have bear spray accessible and know how to use it.For more information about recreating in bear country, please visithttp://www.nps.gov/glac/naturescience/bears.htm.