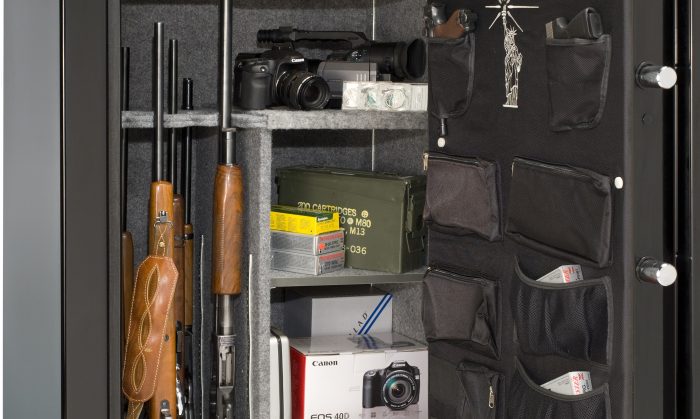 Dumb and Dumber Steal Gun Safe and Get Caught
By angelamontana

Common sense lacks in many people–especially many thieves.  According to outdoornews.com, a couple of morons decided to rob a house in southwest Florida a few years ago, and one of the items they took included a gun safe with firearms in it.  First of all, how did they get the safe out of the house, and secondly, how did law enforcement find the criminals?  Drag marks, of course.  Take a look at this article below and be glad that you are a good person raising your kids to be good people.  I think it is safe to say these two were NOT raised hunting, fishing and/or trapping.  Love seeing people taking kids out with them in the field or on the water, teaching them how to support themselves and not take from others.

A pair of Southwest Florida ne’er-do-wells didn’t exactly give police specific directions to one of their homes after allegedly committing a home burglary—but they might as well have.

Responding to a report of a home burglary and theft, police in Ft. Myers, Fla. were told that among the items taken were a dirt bike, flat screen TV, computer, Ford SUV and a gun safe containing numerous firearms.

With minimal detective work, the cops easily identified scrape marks in the yard of the burglarized residence indicating that the gun safe had been dragged behind the stolen SUV. From that starting point, authorities followed about 800 yards of continuous drag marks in the ground and gouges in the pavement, leading from the residence, across the street, and through several vacant lots.

Straight to the home of Jarvis B. Bowens, 23.

A subsequent search of Bowens’ residence revealed many of the missing items. The stolen SUV was found in a nearby wooded area.

The Ft. Myers News-Press reports that Bowens and Wayne Blanks, 19, were jailed and charged with 36 felonies for theft and burglary.