One of the most iconic firearms in American history is the Smith & Wesson Model 29. The big N frame gun was the brainchild of

the late Elmer Keith. Production began in 1955 and the revolver was given the Model 29 designation in 1957. It was and is chambered in the venerable and extremely powerful .44 S&W Magnum, commonly referred to as the “44 Mag.” Most of today’s production is in the form of the stainless steel Model 629, although a blued “Classic” Model 29 is also available on a limited basis. Model 629s come in a variety of finishes and barrel lengths and are used for hunting, target, and self-defense applications. All 29s can fire the 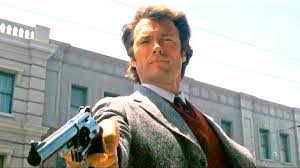 The Model 29 reached its Zenith in the early 1970s when Clint Eastwood’s “Dirty Harry” character hit the silver screens of America. The big Smith pistols flew off the shelves of gun stores across the country. As always happens, demand for the guns skyrocketed, as did the price. It didn’t take long for the run on Model 29s to reach its peak. Within a year or so one could find a Model 29 at real bargain basement prices. Many were advertised as

“only fired once, or twice, or maybe three times.”

People found that the .44 Magnum was not for the novice; the noise and recoil proved to be unbearable for the beginning shooter. Unfortunately, a lack of finances prevented me from making a purchase of one of these great revolvers.

The S&W Model 29 ranks right up there with the Colt 1911 and Single Action Army handguns, as well as the ’73 Winchester lever action rifle as one of America’s favorite firearms. Maybe I’ll “make my day” sometime and fill a space in my safe with a “Dirty Harry” 6 ½ inch Model 29.

The Montana State Trap Tournament wrapped up last Sunday. Here’s a list of the new champions: 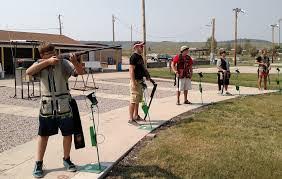 Well-deserved congratulation to all. The trap shooting competition moves on to Anaconda this weekend for one of the ATA’s Western Zone competition sites. I give you more details next week.