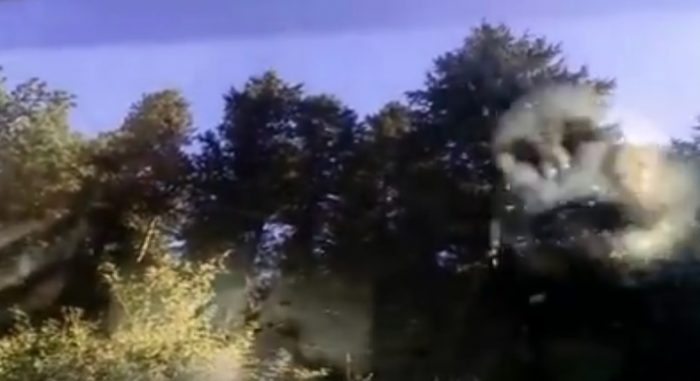 Don’t for a second think that just because your car door is closed that it isn’t a possibility to find a bear in your vehicle.  As a matter of fact, that is what happened to a Subaru owner in Jefferson County, Colorado.  The bizarre part is that the deputies that released the bear can’t figure out how it got in the car.  There were no broken windows and the handles aren’t the kind you lift up to open.  Might not be a bad idea to lock your doors at night even if you are in the middle of nowhere.

Here is the description they posted with the video footage.

Here in JeffCo, we’re used to our fair share of animal-related calls. Snakes, marmots, deer, elk, bobcat, bear. We get them all.

What’s different is when we can’t figure HOW an animal did what it did as was the case this morning when Deputies Tillman and McLaughlin responded to a call of a bear that had somehow entered AND locked itself inside a vehicle.

No windows were broken. The door handles weren’t the kind you lift up. And yet somehow this medium-sized bear managed to open a door, crawl inside and close the door behind him. Deputies could tell by all the moisture on the windows that he’d clearly been inside for a while. Given the size of the bear, they also wondered if there was a momma bear nearby.

After some deliberation, they decided the safest and quickest action would be to pop open the hatch to release the bear. The challenge was that none of the doors easily opened due to the bear’s destruction of the inside of the car, including ripping off the door panels.

The hatch door wouldn’t open with the key fob button so Deputy McLaughlin had to manually open it while Deputy Tillman stood nearby with his shotgun just in case.

Thankfully once the door was open the bear had no interest in deputies, only in getting back into the wild.

Good work, deputies, and we hope this young bear stays far away from cars in the future.