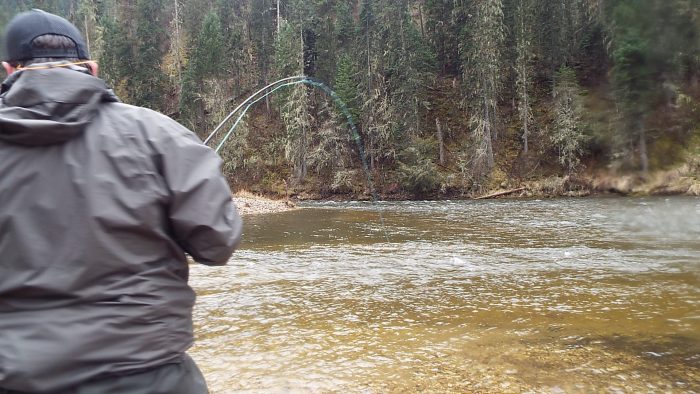 Similar to last weeks’ report, the current topic of discussion and the majority of questions we’ve been getting at the office is “how long can we keep the upper Salmon River Chinook fishery open?” In last weeks’ report, I estimated that anglers had been taking between 250 and 350 fish per week and based on that we’d end up with somewhere around 1,100 fish harvested by this report…

Well, that was not the case, as effort dropped off this past week, anglers harvested an estimated 167 fish from the upper river, bringing our season total to 954. While the overall effort was down, for those anglers that showed up, we actually saw the highest catch rates of season (10 hours per fish caught in section 19) – see Brent’s report below for more details.

Our harvest share is sitting at 1,350, and we’ve harvested an estimated 954, so with ~200 fish harvested per week, we’ll be able to keep the fishery open through this weekend (7/24) and likely through the next week and weekend (7/31).

Catch, harvest, effort, and hours per fish courtesy of Brent Beller from our harvest monitoring program….

Water conditions in the upper Salmon River remain good, and similar to most of the chinook fishery, flows have remained below average. Today (7/21) the Salmon River is flowing at 1,020 cfs through the town of Salmon, ID which is 50% of average for today’s date. Upstream near the Yankee Fork, the Salmon River is flowing at 673 cfs which is 65% of average. Morning water temperatures on Sunday were in the mid-50s near Stanley and in the upper 50s near the Pahsimeroi River confluence. These have likely crept up a bit higher as we’ve been experience day time high air temperatures in the low- to mid-90’s this week in Salmon. 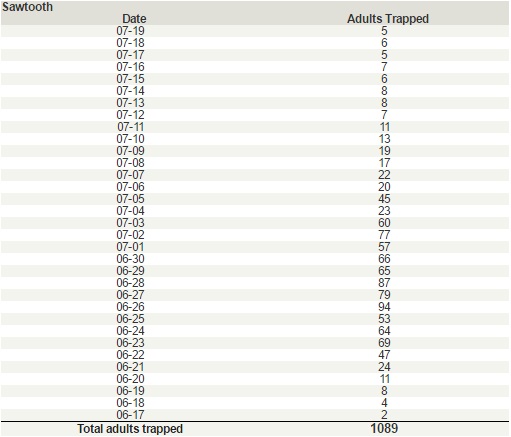