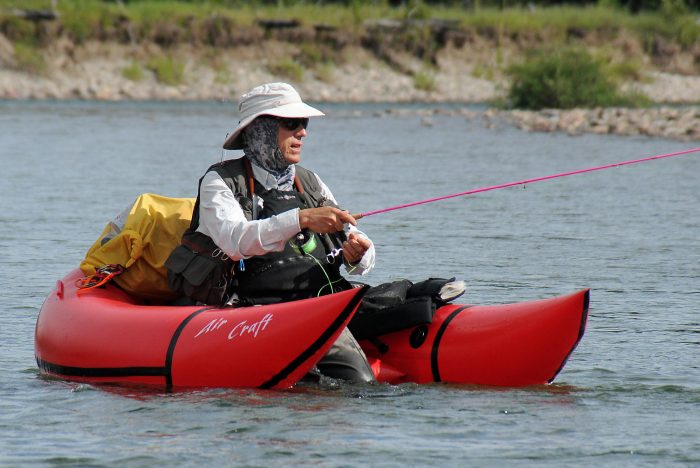 Say you want to float the Madison River and fish but you can’t find a buddy to go along, chances are you’re going to bag the float and just wade fish. But new float tubes on the market are making it easier for anglers to float and fish on their own. There’s even a new lightweight float tube that weighs less than 4 pounds that you can carry into the backcountry to strike out across mountain lakes. Mac Lord, a longtime angler, got hooked on the sport of float tube fishing in the late 1980s. The newer pontoon tubes on the market now make the floating easier, safer and – as mentioned – much lighter now than ever before.
To read more about this cool way to float fish, see my story in this week’s Billings Gazette at http://bgz.tt/eln36