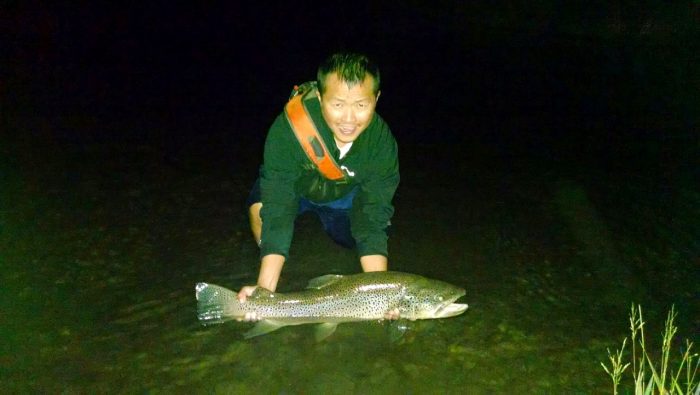 Here’s a nice story about a big brown trout that Kou Moua of Missoula caught above Upper Holter while night fishing in early October:

I just wanted to share a photo of a big brown trout I caught on the Missouri River above Upper Holter on the cold and starry night of October 1, 2016.

I was fly fishing with my brothers and a couple cousins and we were swinging streamers in the dark. This brown was caught on an olive Keller’s Dream Catcher articulated streamer. We snapped a few photos and then measured her at 29” before releasing her. It was the biggest brown I’ve ever caught and I don’t think I’ll ever catch another one that big again. It was an awesome experience.