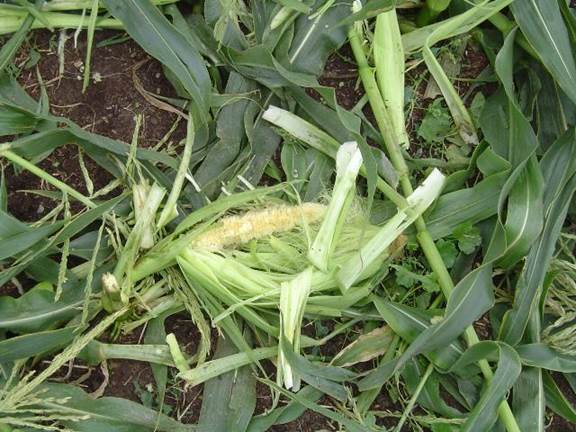 Bears and Corn
By Moosetrack Megan

Bears are following riparian areas west into the valley as far as the Lower Flathead River in search of decreasing food supplies like hawthorn and fruit. 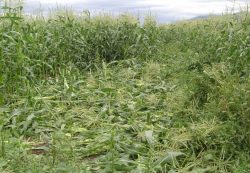 Field corn has become an important fall food source for both black and grizzly bears in the Mission Valley and wildlife biologists are seeing extensive use of corn in fields on both sides of Highway 93.  Generally bears do not even leave standing corn for dense cover elsewhere during the day, choosing to remain hidden among the corn stalks.

Residents and hunters should be aware of evidence of bear use and take precautions to avoid surprising a resting bear while on foot. Residents that reside near standing corn should secure attractants like garbage, fruit and birdfeeders to avoid attracting bears into their yards.

If you are experiencing bear problems and you would like help identifying and securing attractants, or if you are interested in the electric fence specifications, please feel free to contact Tribal Wildlife Management Program or Tribal Fish & Wildlife Conservation at 675-2700 or after hours at 675-4700. 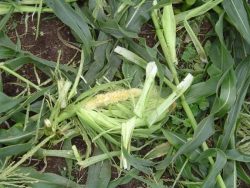