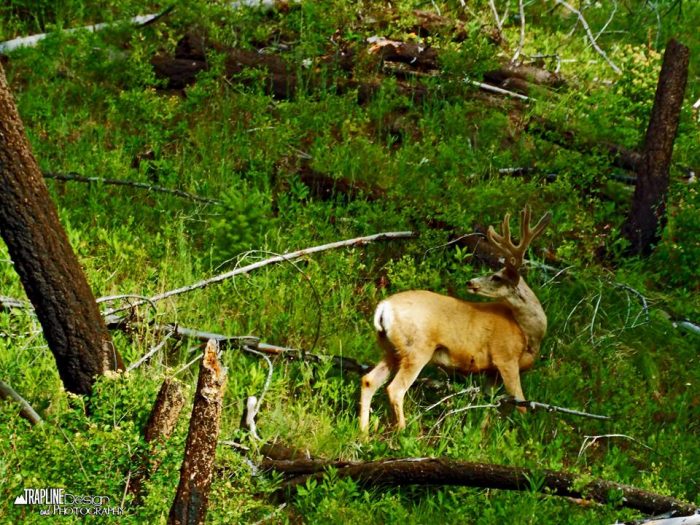 You may remember an article we posted a while back stating the benefits of antler velvet.  Well, velvet isn’t as easy to come by as antlers.  Not that it’s even easy to find sheds–God knows I have spent a lot of time shed hunting and only find sheds when I’m not looking for them.

That aside, if you’re a shedhead, and you have an abundance of sheds, or you even have one, and you don’t know what to do with it, we may have found an idea or two for you.  If you put deer antler pieces in your soup, there are said to be health benefits that can result.  For example, The Chinese Soup Lady posted this:

How do I prepare it?

Where can I buy this?

What is the cost?

Okay, maybe you’ve never heard of The Chinese Soup Lady and doubt her credibility.  Here’s an article from The Washington Times that also states the health benefits of eating ground antlers with the reportedly amazing velvet:

Could it be that Asian herbal healers and users of strange substances, such as gall bladders taken from bears — hopefully dead ones — might be on to something? While all of us should frown on shooting bears to get their gall bladders (it actually happens) there is a growing fondness in the West for ground-up appendages taken from ruminants, such as deer.
Some months ago I was fascinated with a report by Associated Press writer David Sharp, who said that a deer’s velvet antlers are gaining increasing acceptance as a type of folk remedy for whatever ails you. Why not? For thousands of years, powdered rhinoceros horns and antlers from various deer species have been revered either as aphrodisiacs or healing agents in Asia and Africa.
Watch out, deer bucks. It won‘t be long before we, too, will be coming after you not so much for tasty venison steaks and roasts, but also for the bone-like substance that grows between your ears every year. Hunters instantly know what it is; even drivers who watch the roadsides in late spring and early summer can recognize the soft, hairy growth that the bucks eventually scrape away, revealing the hard antlers that soon will be used in mock fights and real combat among the males. (After all, when a young man’s fancy turns to love, heaven only knows what can happen, and that applies even to horned creatures that see a comely split-hooved female in the woods or on a meadow.) Now some Westerners believe that ground deer antler helps ease arthritis pain, even build bigger muscles.
The AP’s Sharp visited the Bayley Hill Elk and Deer Farm in Maine and wrote that antlers were “harvested” from 200 privately owned male red deer and elk. Actually, I hate the word “harvested” when it concerns something that is removed from a  living creature. When a cow is milked, farmers don’t say the milk is “harvested,” do they?
Either way, Nick Richardson, the manager of the elk and deer farm said one third of the company’s income is derived from ground antlers, but he admits that he hasn’t tried the antler capsules his farm produces. However, Richardson points out that many who’ve swallowed those powdered antler pills say they feel 100 percent better. The ground velvet antlers contain protein, lipids, fatty acids, collagen, amino acids and other goodies. The report said that anecdotal evidence showed ground velvet antlers helped lower blood pressure, build muscle, and reduced arthritis pain.
Before the antlers are removed from the farmed elk and red deer the animals receive a local anesthesia, then the “racks,“ as hunters call them, are removed with a surgical saw. Only minutes later the deer and elk are back, eating hay or grass. Richardson said the animals are fully recovered within 24 hours, but no one will say how they’d feel if a mirror was held up so the bucks could view themselves. Talk about embarrassment. I’ve seen wild whitetailed bucks after they shed their antlers and I swear they appear to be upset when the crown of their maleness was no longer visible.
If you are a regular reader of Sports Illustrated you may remember a short story not long ago about a Canadian football team that was given powdered antler pills to help build muscles. There also are studies under way to see if the substance can be used in the treatment of rheumatoid arthritis, although the Atlanta-based Arthritis Foundation is not yet convinced that deer antlers are of any use in treating the ailment. All the same, velvet antler capsules are sold for just under $70 per 120 capsules in several dozen health food stores in Maine.
Perhaps one day the rest of America will follow suit.

With a society where scientific studies reveal that everything is bad for us, but other studies are conducted on those same things are good for us, it’s hard to know what is fact and/or fiction.  Plus, people are different.  That’s a fact.  Maybe what is good for you might be bad for somebody else or vice versa.  If you give eating antlers a shot, let us know if you notice a difference.  We just hope you don’t start growing your own antlers–or wait–that might be kind of cool.