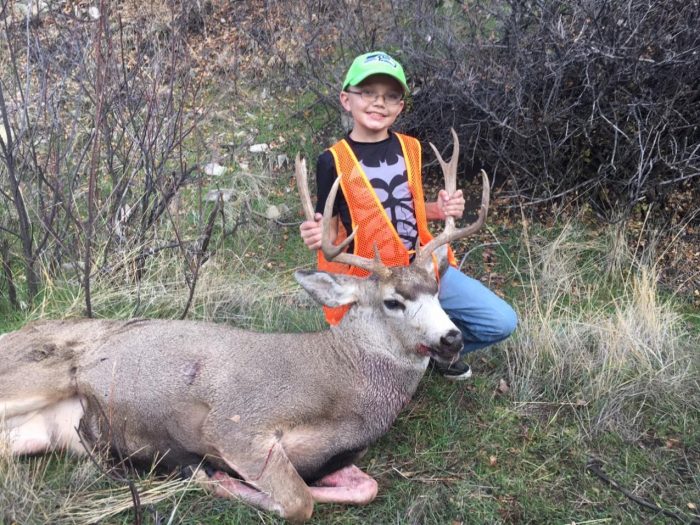 BILLINGS — The number of hunters who stopped at Montana Fish, Wildlife and Parks’ south central Montana check stations over the weekend generally were higher than the same weekend last year. But fewer hunters took home game, thanks in part to comfortable weather.

Biologists who operated check stations at Laurel, Columbus, Big Timber and Lavina reported warm, dry, breezy conditions – particularly Sunday – which made conditions difficult for those who wanted to track game or find animals in the open.

Here is information reported by biologists at each check station:

The numbers of hunters and harvested animals of all species were up from the same weekend a year ago at FWP’s Lavina check station.

During the second weekend of the 2016 big-game general hunting season, FWP wildlife biologist Ashley Taylor checked 282 hunters, up from the 199 who stopped during the same weekend in 2015. Taylor checked 10 white-tailed deer, double the number checked last year. Hunters had harvested 23 mule deer – up from 19 a year ago – and 22 elk – up from six a year ago. Of those who stopped at Lavina, 20 percent had harvested game, up from 17 percent during the same weekend in 2015.

The numbers of deer and elk checked at FWP’s Columbus check station were among the lowest in at least a decade for the second weekend of the general big-game season.

FWP wildlife biologist Shawn Stewart reported that only 19 mule deer showed up over the weekend – the lowest harvest since at least 1999. The 15 white-tailed deer checked were the second fewest since the second weekend of the 2005 season. Overall for the first two weekends of the 2016 season, 24 percent of hunters have checked harvested game – the lowest percentage on record. The elk harvest reported at Columbus remains slightly below the long-term average.

The number of hunters who stopped at FWP’s Big Timber check station over the weekend was up from the same weekend a year ago, but the percentage of hunters who had harvested game was down sharply.

Wildlife biologist Justin Paugh checked 120 hunters over the weekend, up from 104 during the same weekend in 2015. Just 33 percent of the hunters had harvested game – down from 60 percent a year ago and the long-term average of 52 percent. Hunters checked 12 white-tailed deer – up from nine a year ago – and 14 mule deer, half of last year’s take. The elk harvest also was off from last year with eight checked at Big Timber compared to 11 a year ago.

For both weekends of the 2016 season, 438 hunters have stopped at FWP’s Big Timber check station, up from 386 during the same period in 2015. The deer harvest is up from a year ago with 30 white-tailed deer compared to 26 a year ago and 79 mule deer, up from 60 in 2015. So far this year, 38 percent of hunters had harvested game, down from the long-term average of 47 percent.

The number of hunters who stopped at FWP’s Laurel check station over the weekend was down from last year, but they were more successful than during the same weekend in 2015.

FWP wildlife research specialist Jay Watson said signs of the white-tailed deer rut are starting to show up in checked game with a mix of younger and older bucks, does and fawns checked. He expects the rut to begin in earnest by next weekend.

Watson checked 111 hunters over the weekend, down from 121 a year ago. Hunters checked 13 white-tailed deer, more than double last year’s count, and 22 mule deer – up two from 2015. Of those who stopped at Laurel, 32 percent had harvested game, up from 26 percent during the second weekend of the 2015 season.