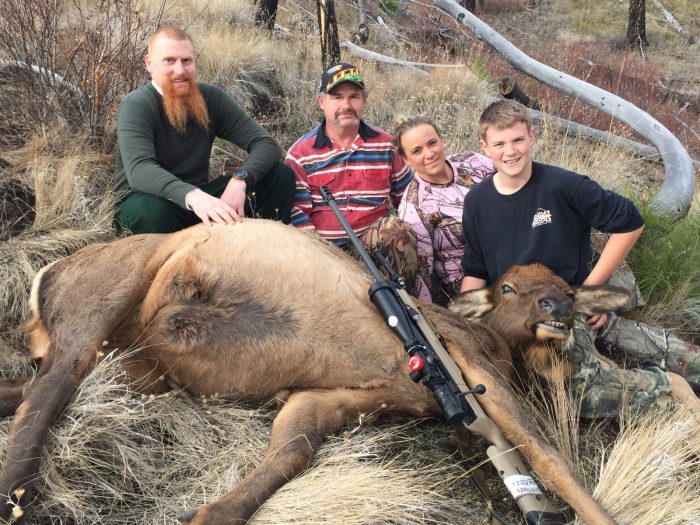 Lance Jones, of Stevensville, and 14 year-old Christian Humphrey, from the Bitterroot valley, belly-crawled toward some elk that were bedded down quite a distance from them.  The elk were spotted by Jerry Doyle and his daughter, Jackie, of Darby, who were also accompanying Christian on his hunt.

Lance helped Christian zero in on a cow that was 455 yards away from them.  Christian was set up with Lance’s .338–aka Loud n Boomer.  This would be Christian’s first elk.  The moment was tense.  The shot rang out and they waited and watched. 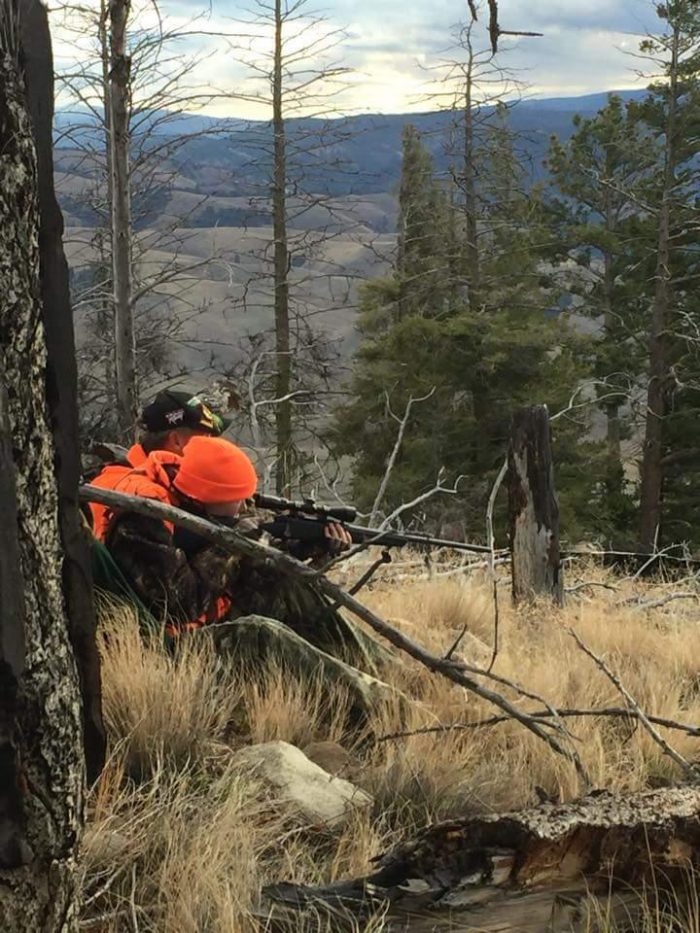 After the group made it to the cow, it turned out Christian is quite a shooter!  He connected with a perfect, behind-the-shoulder shot.  An even cooler part of Christian’s very first elk was the fact that it turned out to be a piebald!  That was a first for Lance, as he had never seen one before–and neither have I until this picture.  What an awesome experience!  After the pictures were taken, Lance, Jackie, Jerry, Chris Fuller and Christian’s mom, Misty, helped pack the elk out.

What a day for this young hunter–EXCELLENT work, buddy!!!  Congratulations from the Montana Outdoor Radio Show crew for bagging your first elk–a uniquely awesome elk–and for filling the freezer! 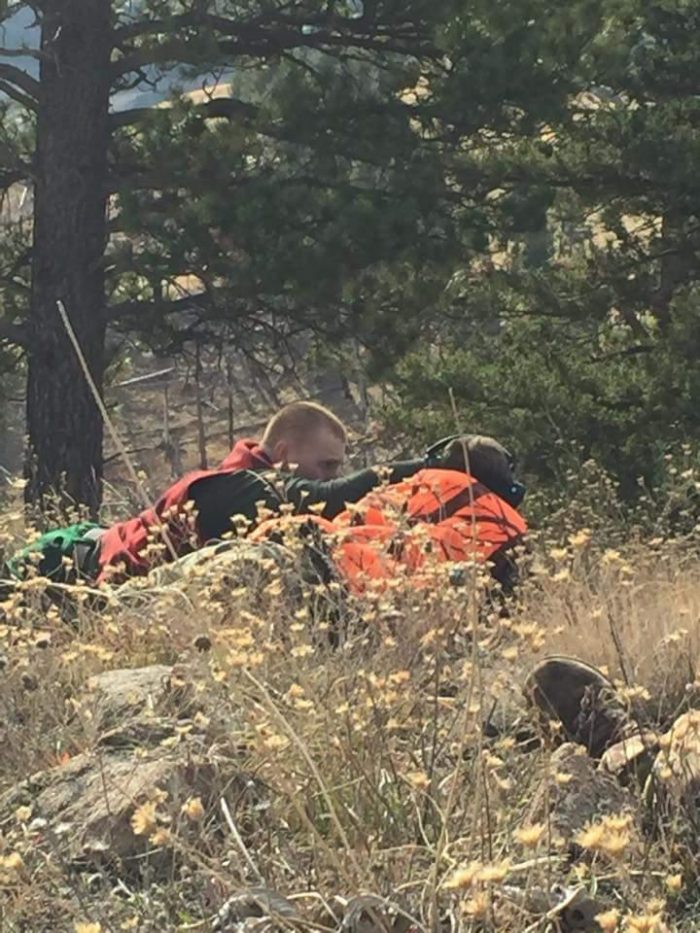 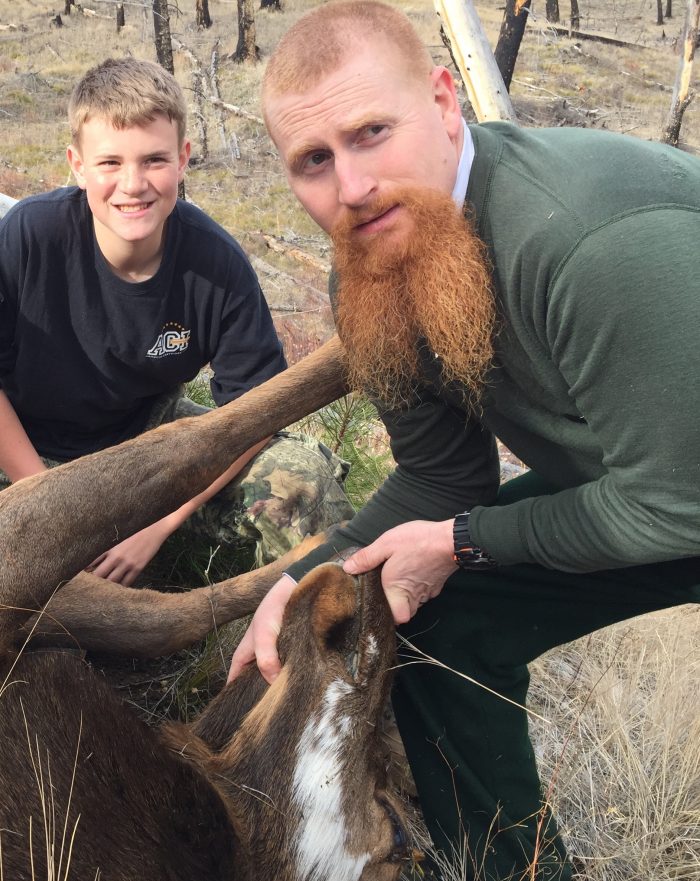