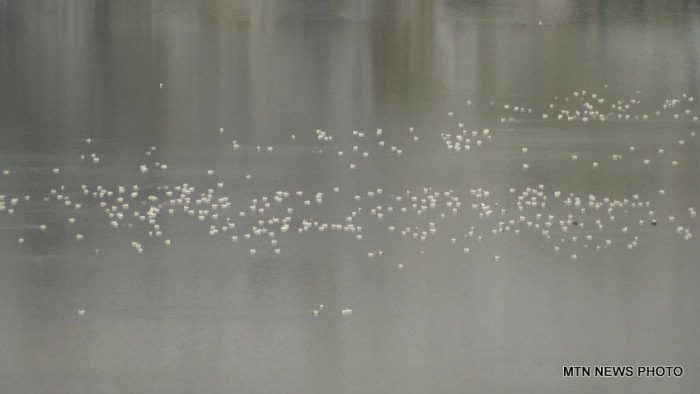 Thousands of migrating geese just keep ignoring officials in Butte that tell them the huge mining pit, that has not been mined since 1982, they keep landing in, filled with poisonous water, is not a place they should stop and hang out.

According to an article on KPAX.com, waterfowl have been hazed from the famously contaminated pit for decades, apparently unsuccessfully.  As a matter of fact, in 1995 hundreds of geese died from ingesting too much of the lethal water.

Currently, FWP, MDEQ, federal EPA and Montana Resources are working together to remove the geese from the old mine pit. It is unclear how many geese have been affected so far, but everybody is doing what they can to remove them from the area.