A Day Late & A Dollar Short: Captain’s Column 12.1.16
By angelamontana

You undoubtedly heard the old saying, “A day late and a dollar short”. That is what I felt like after my girlfriend Berny and I put on 8 miles hunting elk on Sunday only to wake up Monday morning to snow coming down.

The general rifle season ended Sunday and by all accounts we could have used the snow. We didn’t see an elk during the last week of the season but the soles of our hunting boots did see a bunch of ground. William my 13 year old, Berny and I hunted in an area that normal has a lot of elk, in fact I remember telling someone a few years back the reason I like hunting this area is because you usually see elk every trip, but not this year.

William did bag his deer last week and it appears by reports that he was not alone. I spoke with Brad May from H and H Meats in Missoula and May said it was an interesting year to say the least, “We ended up with more animals this year than last but our elk numbers were way down”, he added, “our deer numbers are phenomenal compared to last year and the deer are bigger”. May told me in past years that on average a deer that they take in to get processed weighs 78 pounds and this year hunters brought in a fair amount of deer that weighed 120-170 pounds.

May thinks that the lack of elk success might have led more hunters to fill their deer tag this year, “I heard a few of our customers say that while they were hunting elk they would see a nice buck and decided to pull the trigger on it so they would at least have something to show for their efforts other than tag soup”. he said.

A shoulder season is a firearms season that occurs outside the 5-week general firearms season. Shoulder seasons focus on antlerless elk found primarily on private land. Hunters can use their general season elk license, antlerless elk permit or an elk B license, depending on the hunting district. However FWP reminds hunters that they need to check the regulations for each district.

In order for shoulder seasons to be effective, everyone must work together – FWP, landowners and sportsmen. You can get a quick snap shot of what hunting districts are having an elk shoulder season and the dates that the seasons will be open below: 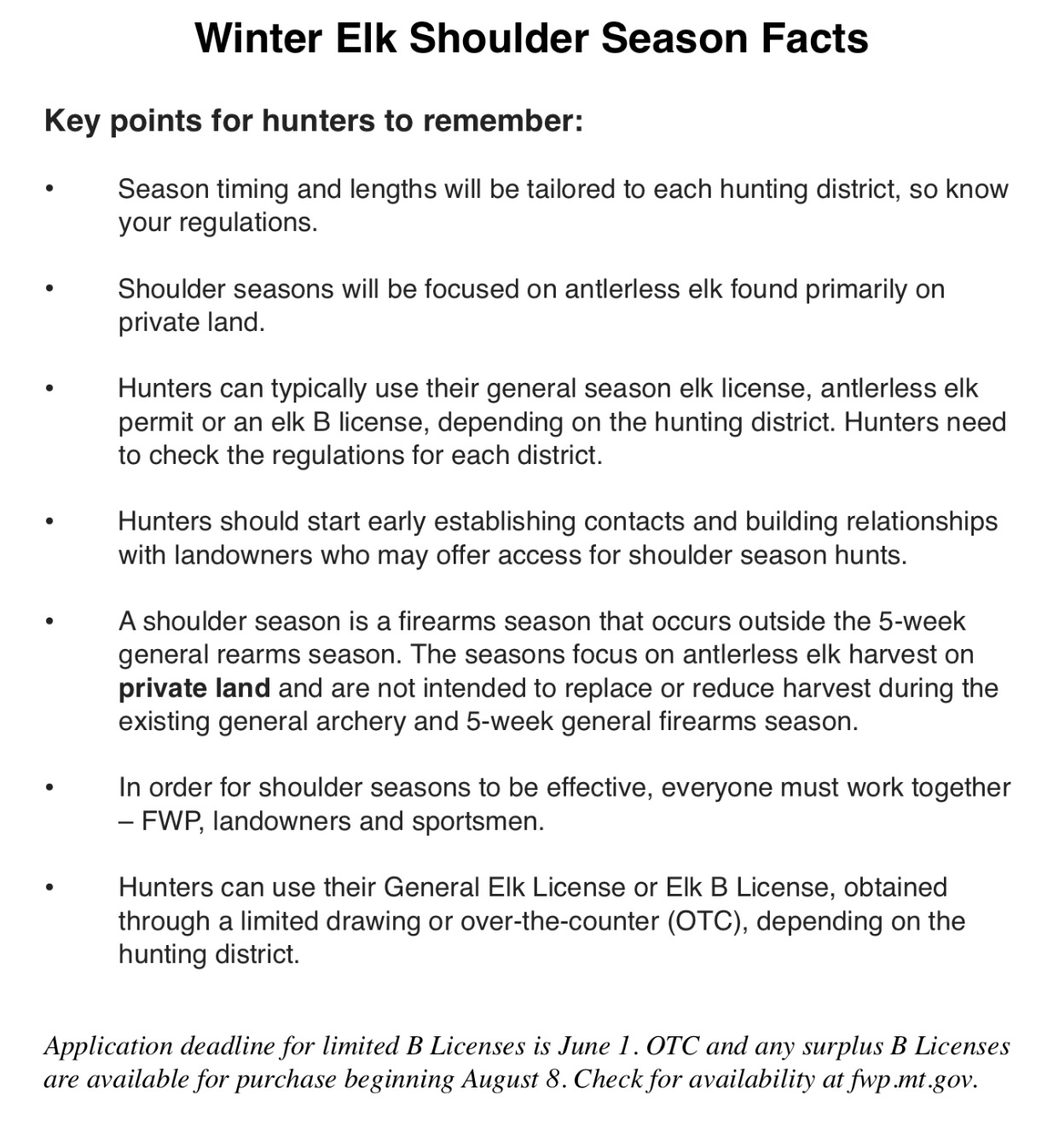 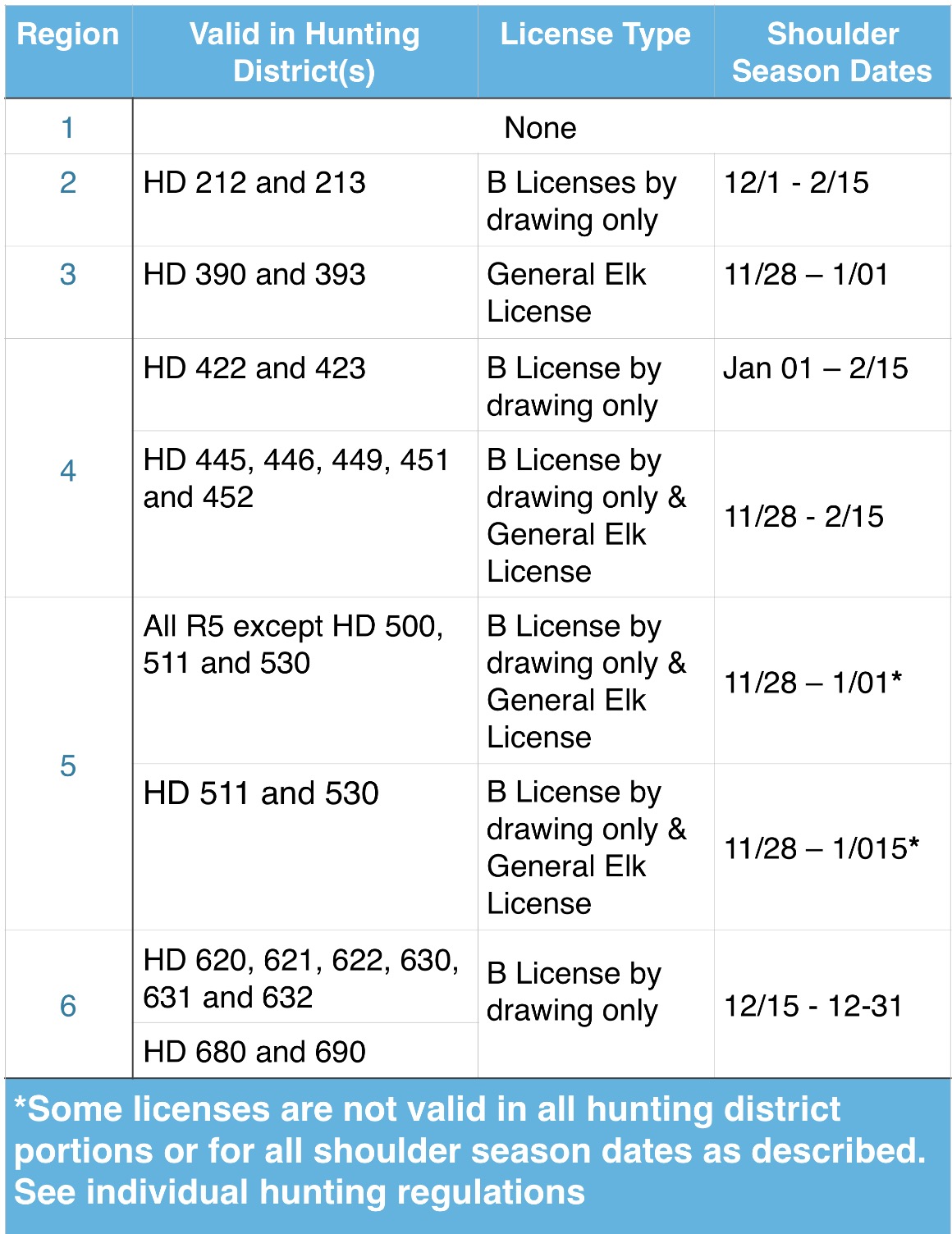 Wolf harvest numbers have been good. The wolf harvest numbers as of Montana’s last day of the 2016 general big game season totaled 104. The only Wolf Management Units (WMU) that are closed are 313 and 316. Montana’s wolf trapping season opens on December 15th and closes February 28th. Wolf hunters in Montana can still hunt wolves through March 15th according FWP.

(Written by the Captain-aka Mark Ward)