Technical and Ethical (by Colonel Smoothbore)
By angelamontana

ven for those of us who have been hunting big game for a long time, range estimation can be a bit tricky.

There have been times when I swear that the deer or elk I saw was a very long way off when in fact they may have been within just a couple of hundred yards. 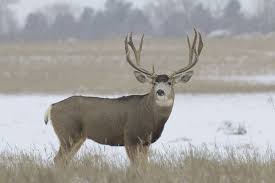 We can be fooled by the size of the animal; for instance one might be looking at a large deer, but its small antlers might make it look smaller than it actually is causing us to overestimate the distance to the quarry. Now we can eliminate doubt about just how far off a big game animal might be and we can shoot at longer ranges with more confidence. 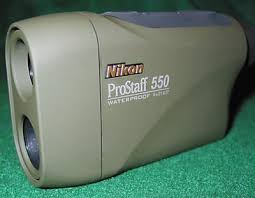 The handheld rangefinder has been around for a while and they are quite reliable devices. Using a laser beam to give very accurate distance readings, hunters can find a range finder to fit their needs and do so without busting their bank accounts. I have used a Nikon™ Pro-Staff unit for several years. This was a fairly inexpensive, yet quality range finder. For under $ 200 I have been able to know within a yard just how far out an animal or object might be. Of course, there are limits to just about anything.

Getting reliable readings past about 550 yards with my Nikon is a bit hit and miss. However, most of us shoot game animals under 400 yards and most of my kills have been at 150 yards or less.

My Nikon has served me well for what it was designed to do. 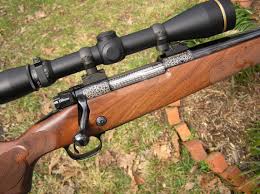 couple of years ago I purchased a Leupold® VX3 rifle scope for my .300 WSM. It is a 2-10X with Leopold’s CDS turret system. The CDS (custom dial system) gives the shooter the ability to easily dial the distance to the target and use a “dead on” hold eliminating the “hold-over guess” us old timers had to use for years. The dials are laser engraved for the rifle and the specific load being used. In my case, I provided a Leupold® technician with the type of bullet, BC, weight in grains, true muzzle velocity, altitude, temperature, and a couple other variables. In about a week I received a new turret made specifically for my gun, scope, and my handloaded ammunition.

To implement the CDS I zeroed my rifle “dead on” at 100 yards with my specific load. Then using my rangefinder to determine the yardage of numerous target distances out to about 510 yards I fired test shots at each target. The targets were steel plates that varied in size between 10 inches up to about 24 inches at the longer distances. To my amazement, in every case, I hit the target not only with the first shot, but also with every follow-up attempt. The system really works.

Earlier this hunting season I put the system to a real test on a nice mule deer buck. I ranged the deer at 379 yards. Setting the dial at 380 and getting a fairly solid rest on a burned out down log, I held the duplex cross hairs on the deer’s shoulder. There was about a 10-12 MPH wind where I was shooting from and I thought I would get some drift that would take the bullet back in the heart-lung area of the buck. I fired and the bullet fatally wounded the deer, but there must have been no wind across the gulch as the bullet struck exactly where I aimed. The Accubond™ did its job quite well. 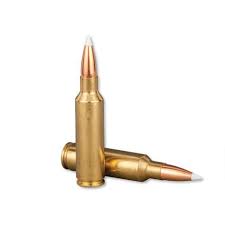 here was a time when I thought that “new-fangled” stuff was not for me. But as I grow older, I’m a little more reticent to dismiss new tools that might make me a better marksman. In my case, I took the time to develop a very accurate load for my rifle; test it, and practice with it at various distances until I had the confidence that I could repeatedly make accurate shots at longer distances. I also know that this bullet and load has the power to quickly dispatch game at those longer distances.

Regardless of the tools available to hunters, we still have to find the game, close the distance to it, and make a safe and accurate shot that will quickly kill our quarry. My range finder and distance adjustable scope don’t make me a better hunter, but they do give me greater confidence that I will take game quickly and cleanly. That is a bit part of being an ethical hunter.