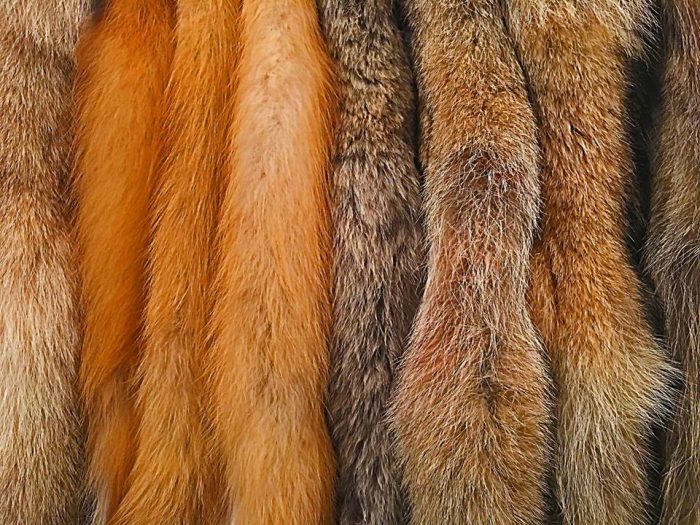 For those of you interested in the fur market, here is a good read for you from NAFA.  There is some good information here:

Major retail markets continue to be optimistic. There are 4 or 5 weeks left in China before Chinese New Year begins on January 28, 2017. In Russia, their orthodox Christmas falls on January 7, 2017. Compared to last year, both China and Russia are reporting improved sales. Lower garment prices are obviously helping the retailers. In China, the North East has seen normal temperatures. Real retail figures will not be available until after Chinese New Year, but the mood continues to be cautiously optimistic. Our Russian agent is reporting that the top end of the luxury business is holding its own and that Western Lynx Cats with better colored bellies are being used in garments and as trim on Black NAFA mink coats. These items have done well so far and they are expected to continue to sell well throughout the remainder of the retail season, resulting in considerable premiums being paid again for these types of Lynx Cats. The problem in Russia appears to be in the intermediate priced garments which traditionally were sold to the middle class, who have lost a lot of their purchasing power over the last couple of years. However, with higher oil prices and the potential of improved relations with the United States, we are hopeful that we will see a return of the Russian fur consumer’s buying power. This may not happen in the 2017 retail season, but could very well happen in 2018.

So far, reports from all major markets are that Western Coyotes and North American Sable are also doing well. Sable could well see a significant increase by NAFA’s May Sale; already the first sale of Russian sable this month in St. Petersburg saw prices rise by 25% to 30% over last year’s levels, where many feel this item was under-priced. In China, Muskrat plates have sold well and most buyer/manufacturers are expecting to pay substantially more than last year’s depressed prices. Oscar Carbonell, NAFA’s International Sales Manager, just returned from China – his third trip there in the last several months. Oscar reports that right now, the most important buyers of Muskrat believe they will have to pay 40 to 50% more than last year. According to our field reports, however, Muskrat production will be severely limited due to last year’s low prices pointing to more upside pressure, due to supply and demand. Better Red Fox and Grey Fox are in the hands of the fashion houses and will be on the runways in 2017. So far, the fashion houses are telling us that these two articles are in fashion and they believe they will have very good sales results, which should show up later in the year in the auction room. Again, wild fur manufacturers are telling us that the timing of our sales is of real help to them. We know that for the trappers, selling late is not what they would like and traditionally our February sale has always been one of the best sales for wild fur, however, we have just come out of one of the worst years in the industry and the trade needs time to recover. From a purely financial point of view, selling later is the best option this year.

In the ranch mink business, the big drop in China’s mink production has resulted in sharply improved prices for commercial mink. Last year at this time a large percentage of that mink remained unsold – this year the unsold mink from last year as well as the fresh crop has all been sold – a major improvement. There are also reports that Russian ranched mink have been sold this year to Chinese buyers at prices higher than the auction prices of September 2016. In addition, there have also been reports that cheaper commercial mink have been selling at an increase of 40-50%. These increased prices for ranched product will greatly help articles like Raccoon and Otter. Otter, which is quite often sheared and made into garments, can easily compete with other fur products. Raccoon needs improved prices for other products so that it can find its own price point.

We are continuing to work with fashion houses worldwide to make sure that wild fur is on the runways. We cannot afford to stop promoting at this critical time. NAFA is very busy out in all the markets, and Rob Cahill will provide an update of these activities in the New Year. There is light at the end of the tunnel and we expect to see the market begin to recover later in the 2017 season.

In February, we will be offering fresh Coyotes, which are in very strong demand as the trimming market continues to be active, as well as larger size North American Sables and Western Lynx Cats.

We are entering the 2017 selling season with zero inventory from trappers and hunters – a clean sheet so to speak, and we trust that in 2017 we will see improvements for most articles that were severely underpriced last year.

Again, we would like to remind you of the difficulties in market prices for inferior skins. However, we also understand that in the Province of Ontario, in order to keep their trapping line, trappers have to produce a quota of beaver.

Wishing you and your families all a very Merry Christmas and Happy New Year.