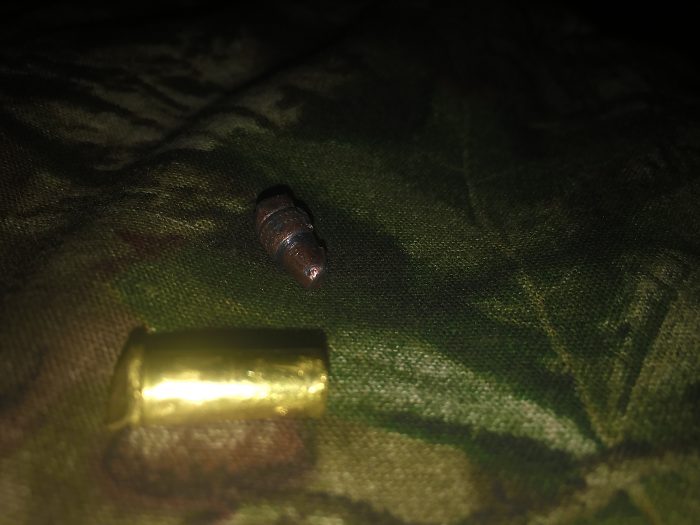 Ammo Doesn’t Need a Gun to Fire…
By angelamontana

Loose ammo isn’t exactly the smartest thing to have lying around on the ground or floor.  Other than the obvious of properly taking care of your ammo, here’s a specific example why…

This past weekend, Jason Maxwell and I were carrying something slightly heavy to the truck, and all of the sudden we heard a loud POP–almost a BANG!  We looked around and saw nobody, and Jason looks down on the bottom of his Doc Marten boot.  There was a .22 shell lodged in his boot.  Apparently, the pressure of him stepping on the bullet in the right place actually set it off.  The bullet had embedded itself into the concrete parking lot.  So, even though it’s common sense, just keep your ammo stored properly and off the ground.  Whomever is missing their .22 bullet should probably pay closer attention to their ammo whereabouts.  Maybe you have a nail or a rock embedded in your shoe that connects….That probably wouldn’t feel so good to somebody wearing flip flops or even barefoot.  Plus, you never really know which direction the bullets are going to go.  (actual picture of the .22 bullet and shell above)

So, please just be careful with your ammo–for your own sake and others around you.

Here is a video of somebody testing to see if ammo will fire if dropped.  He is using a live shotgun shell and a couple other factors.  What do you think happens?