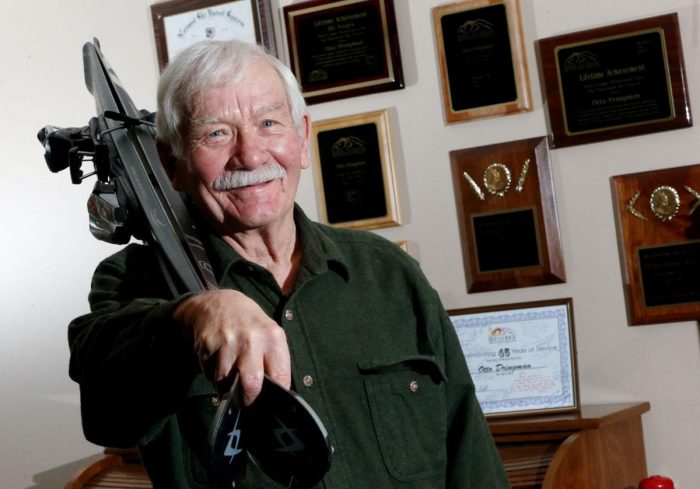 For almost as long as he’s been married, and he has been married 55 years, Otto Dringman has volunteered and then worked as a ski patroller at Red Lodge Mountain. At age 79 he’s finally stepped down from his mountain role, but not without some regret. He enjoyed having an excuse to ski at least three times a week, as well as interacting with skiers and snowboarders while providing information on the best way down the mountain. He started as a patroller because volunteering for 10 days of work a year guaranteed him a free season pass.
To learn more about Otto and hear some of his fun ski tales, see my story in the Billings Gazette at: http://bgz.tt/pvoxq