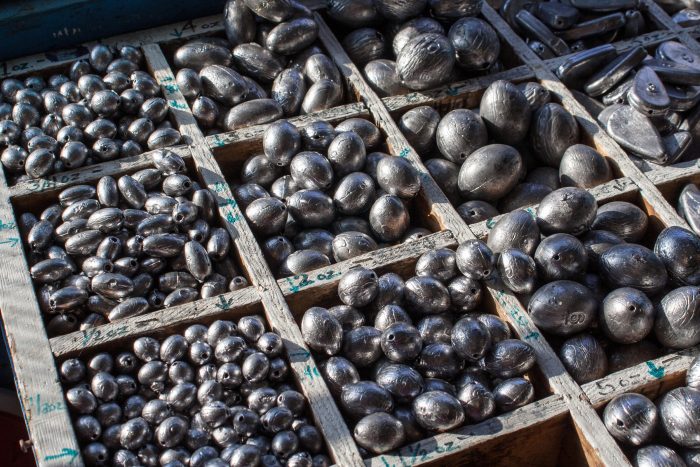 Rich Landers from the Spokesman Review in Spokane Washington writes how President Obama, during his last day in office, signed a measure to ban the use of lead bullets and lead fishing tackle on National Wildlife Refuges.  Take a look at what Landers wrote, and let us know what you think about the measure:

Some hunting, shooting and fishing organizations are fuming over pending lead restrictions on ammunition and fishing tackle for some federal lands approved through executive action by the Obama administration before he left office.

U.S. Fish and Wildlife Service Director Dan Ashe issued a rule that would phase-in over five years a ban on the use of traditional lead ammunition and some fishing tackle on national wildlife refuges and some other federal lands.

President Donald Trump is being criticized for using similar executive privilege to reverse some Obama measures this week, but so far Trump has not addressed the rule that could impact the use of lead for hunting, shooting and fishing on federal lands.

National wildlife refuge staff contacted in Eastern Washington this week said they haven’t received word from officials in Washington, D.C., on how the rule will be handled.

“At this time, we are evaluating the order and its implications,” Gavin Shire, USFW chief of Public Affairs in Virginia, said on Friday.

The National Shooting Sports Foundation cried foul in a media release issued from its Connecticut headquarters.

“The parting shot, Director’s Order 219, was issued on the final full day of President Obama’s administration,” it says, noting that the administration had addressed restrictions on traditional ammunition eight years ago.

The last-minute action revives an effort the administration undertook eight years ago to ban the use of traditional ammunition.

“This directive was published without dialogue with industry, sportsmen and conservationists,” said Lawrence Keane, NSSF senior vice president and general counsel. “The next director should immediately rescind this, and instead create policy based upon scientific evidence of population impacts with regard to the use of traditional ammunition.”

The order “expeditiously” bans traditional ammunition “when available information indicates” that lead is harmful to wildlife.

It also requires creation of a timeline to restrict traditional ammunition for dove and upland bird hunting.

The American Sportfishing Association had a similar angry reaction regarding the restrictions on lead tackle.

“A sound, science-driven and durable policy could have been crafted with input from industry and the broader recreational fishing community. We are hopeful that new leadership at the U.S. Fish and Wildlife Service will repeal this Director’s Order and develop public policy in a way that is open, inclusive and based on science.”

The federal action would begin increasing restrictions on lead in bullets, which has been criticized for secondary lead poisoning impacts to wounding-loss scavengers such as eagles and condors, as well as to humans who consume the meat of hunted game.

Lead fishing tackle has been associated with poisoning deaths of wildlife, including loons.

Since the 1980s, lead shot has been banned nationally for use in hunting waterfowl.

Washington state has gradually been working to eliminate use of lead shot for hunting on certain wildlife areas and at pheasant release sites.

Lead fishing tackle is restricted by the state Fish and Wildlife Department in some lakes in northern Washington where loons nest.

The topic of banning lead in fishing tackle and ammo is nothing new, either.  Take a look at this article by ens-newswire.com from 2010, too:

WASHINGTON, DC, November 4, 2010 (ENS) – The U.S. Environmental Protection Agency (EPA) has denied a petition calling for a ban on the manufacture, use and processing of toxic lead in fishing gear.

Saying that spent lead from ammunition and lost fishing tackle needlessly poisons wildlife and endangers public health, the American Bird Conservancy, the Center for Biological Diversity and a coalition of conservation, hunting and veterinary groups in August petitioned EPA to ban lead in fishing tackle and in bullets and shot for hunting under Section 21 of the Toxic Substances Control Act.

On August 27, EPA denied the portion of the petition relating to lead in ammunition because the agency does not have the legal authority to regulate this type of product under the Act.

EPA said in a statement today that the petitioners have not demonstrated that the requested rule is necessary to protect against an unreasonable risk of injury to health or the environment.

In a letter to the petitioners today, Steve Owens, EPA’s assistant administrator for the Office of Chemical Safety and Pollution Prevention, said that the increasing number of limitations on the use of lead fishing gear on some federal and state lands, as well as various education and outreach activities, call into question whether a national ban on lead in fishing gear would be the least burdensome, adequately protective approach to address the concern, as called for under Act.

“The EPA seems to have lost its will to regulate toxic substances, even in the face of overwhelming scientific information about the harm to wildlife and threats to human health,” said Michael Fry, director of conservation advocacy at the American Bird Conservancy.

Cranes, ducks, swans, loons, geese and other waterfowl ingest lead fishing sinkers lost in lakes and rivers, mistaking them for food or grit.

An estimated 10 million to 20 million birds and other animals die each year from lead poisoning in the United States, the petitioners say.

Wildlife is poisoned when animals scavenge on carcasses shot and contaminated with lead-bullet fragments or pick up and eat spent lead-shot pellets or lost fishing weights.

The petitioners note that animals can die a painful death from lead poisoning or suffer for years from its debilitating effects such as reduced reproduction, slow growth and neurological damage.

“The EPA’s failure to act is inexcusable, given what we know about how toxic lead is to wildlife and the extensive science linking lead poisoning in wildlife to ammunition and fishing weights,” said Jeff Miller, conservation advocate with the Center for Biological Diversity. “There are plenty of safe and available alternatives to lead products for these outdoor sports, so there’s no good reason for this poisoning to continue.”

EPA’s letter to the petitioners notes that the prevalence of non-lead alternatives in the marketplace continues to increase.

Opponents of the ban such as the American Sportfishing Association point to a study by the U.S. Fish and Wildlife Service showing that less than one percent of waterfowl and other birds, including eagles, are killed by ingesting lead.

They argued that a ban on lead could raise the cost of affected fishing tackle from six to 15 times, depending on metals used and cost of raw materials.

“Non-lead products may not be as available and most do not perform as well,” said the American Sportfishing Association. “Mandatory transitioning to non-lead fishing tackle would require significant changes from both the industry and anglers.”

The petitioners find it ironic that the EPA declared last week “National Lead Poisoning Prevention Week” to raise awareness about the dangers of lead exposure to humans.

They point out that efforts to control lead in paint, gasoline and other products have reduced lead in the environment, but spent lead from hunting and fishing is still a wildlife killer.

“We don’t need public relations stunts like ‘Lead Poisoning Prevention Week’ from the nation’s Environmental Protection Agency,” said Miller. “We must have substantive action to prevent the known, widespread, unnecessary and ongoing lead poisoning of bald eagles, condors, loons and other wildlife cherished by all Americans.”