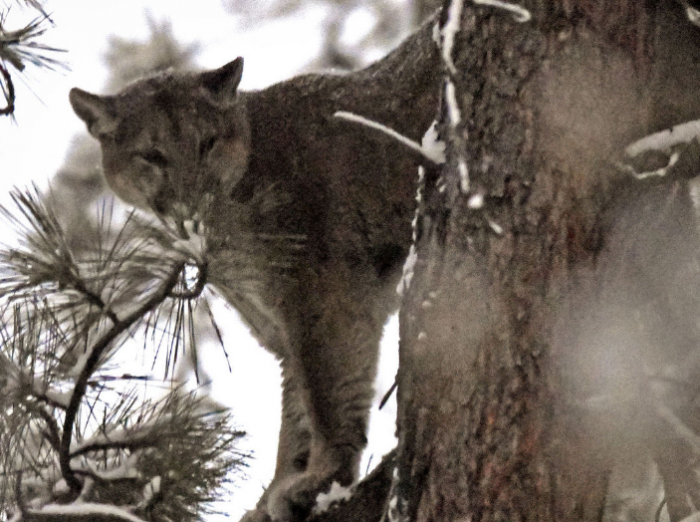 A Missoula resident was out on a jog Wednesday afternoon near Rattlesnake School when her dog spotted a mountain lion and chased it up a tree.  The jogger first noticed the dog and thought he was chasing a typical squirrel, but quickly realized it was a mountain lion up in the tree.  The 115 lb juvenile male mountain lion was only a few hundred yards from Pineview Park’s ice rink.  Montana FWP officials shot the animal after several failed attempts to scare it out of the area with dogs.

The unusually heavy snowfall, rain and freezing temps has made it hard for wild animals to graze in the forest and wild areas, forcing them to come down to the valley for food.  When deer come down, so do the predators that depend on them for food.